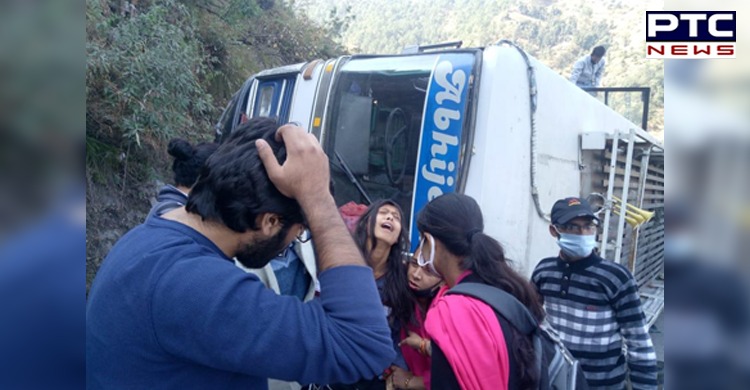 One woman was killed while more than 20 passengers were injured as a private bus in which they were travelling in met with an accident near Salogra on the Chandigarh-Shimla highway on Tuesday.

The bus, enroute Chail to Solan, turned turtle near Salogra around noon.

SP Solan Abhishek Yadav said there were 25 passengers on the bus, adding that "mechanical failure was detected by the driver due to the breakage of the tyre rod and this caused the steering wheel to get locked".

In a bid to save the passengers, the driver banged the bus against the hill following which it turned turtle on the road.

The injured have been rushed to the regional hospital in Solan for the treatment.