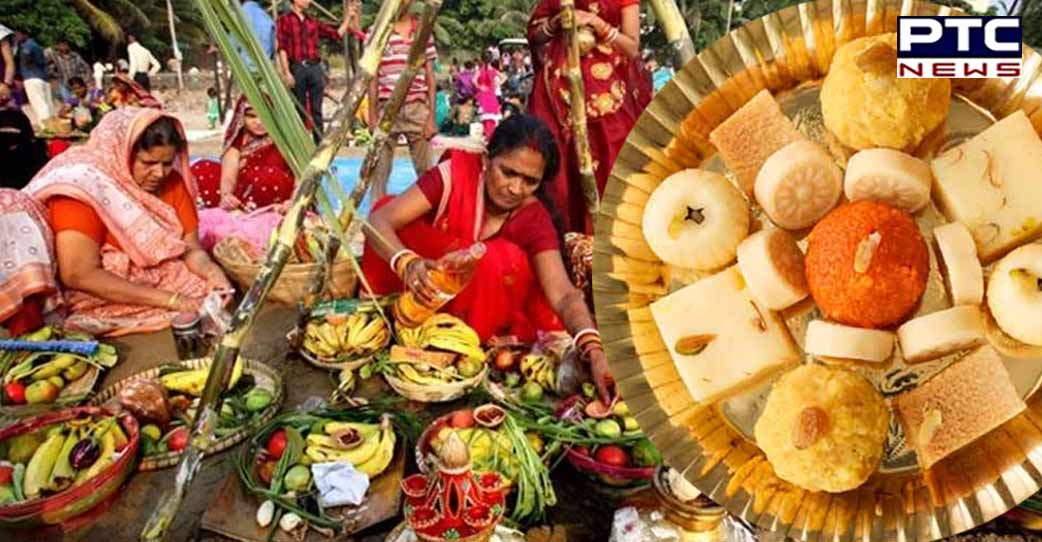 New Delhi, October 28: Festivals of India are enriched with many mouth-watering sweets and traditional meals. Chhath Puja is one of them. During the four-day-long festival, several sweets are offered as prasad and strictly vegetarian food which does not contain onions, or garlic is prepared.

Here are a few traditional dishes to indulge in during this festival, which started on October 28 this year and will conclude on October 31.

Thekua is the most popular prasad during Chhath Puja. It is made from ghee, wheat flour, dry fruits, and sugar. The ingredients are made into a dough, which is later shaped into small tikkis and deep-fried. It is offered to Lord Sun during the puja.

Rice kheer is traditionally known as Rasiyaw. Instead of sugar, people use jaggery (gud) while making it. It is prepared by putting rice, water and some milk in a pan and cooking it till it achieves the desired consistency.

No dish during Chhath Puja is complete without puri. It is made with flour and is fried in ghee. Many people like to have pooris with aloo ki sabzi or ghiya ki sabzi.

One will surely have water in their mouth after seeing this tempting dish. This amazing sabzi is most popular in Chhath. It is made with Kaddu (pumpkin/Lauki(Bottle Gourd) with Himalayan salt or sendha namak and cooked in ghee. It can be eaten with fried poori or rice.

Kasar is a must-have dessert to gorge on during Chhath Puja. It's a special laddoo made with rice or wheat flour, jaggery and ghee with fennel seeds and some powdered rice.

Chhath Puja 2022 celebrations have already begun. If you want to make the festival more special, then surely try eating the dishes mentioned above.