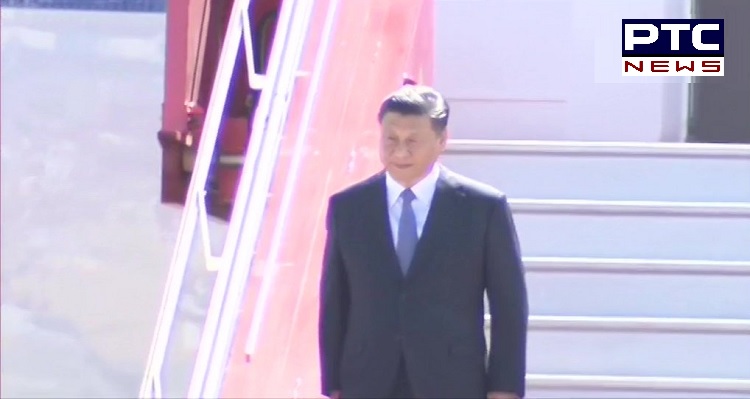 Chinese President Xi Jinping, on Friday, arrived in Chennai for the second informal meeting with Prime Minister Narendra Modi. He was received by Governor Banwarilal Purohit. Later, he is scheduled to leave for Mahabalipuram, where he will visit three monuments (Arjuna’s Penance, Panch Rathas and Shore Temple). After cultural performances at Shore Temple, Xi Jinping will attend a dinner hosted by Prime Minister Narendra Modi.

The informal summit between India and China will provide a platform for talks on bilateral, regional and global issues, besides the exchange of views on ways to strengthen the Sino-Indian development partnership. Since it is an informal meeting, there will be no agreements and MoUs to be signed. This is the second informal meeting between PM Narendra Modi and the Chinese President. They last attended the inaugural informal summit in Wuhan, China on April 27-28, 2018.