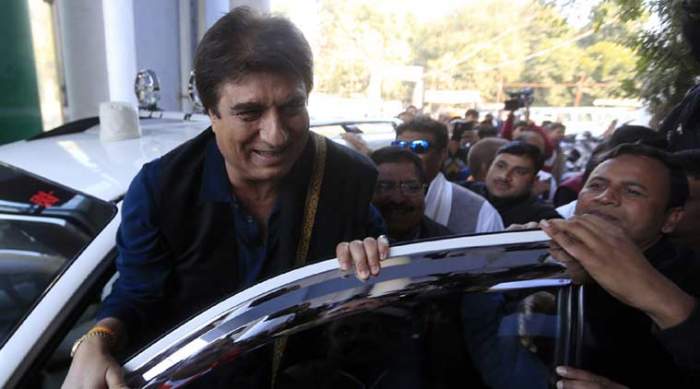 The Congress has changed the seat allotted to its Uttar Pradesh unit chief Raj Babbar from Moradabad to Fatehpur Sikri, in an apparent bid to make the Lok Sabha contest easier for the actor-turned-politician.

In its seventh list of candidates announced in New Delhi on Friday night, the party declared its picks for nine Lok Sabha seats in Uttar Pradesh.

Imran Pratapgarhiya will now be the party's candidate from Moradabad in place of the Uttar Pradesh Congress Committee (UPCC) chief, who will now contest from Fatehpur Sikri.

Party sources said that Babbar was not keen on contesting from Moradabad, where the BJP has fielded its sitting MP Kunwar Sarvesh Kumar.

He has also been a five-time MLA from Thakurdwara assembly constituency.

When contacted UP Congress spokesperson Ashok Singh recalled that Babbar has earlier fought from Fatehpur Sikri.

Apart from this, prior to delimitation, assembly segments of the current Fatehpur Sikri parliamentary constituency were part of the Agra Lok Sabha seat, from where he has already won," he added.

In another change, Naseemuddin Siddiqui has been fielded from Bijnor, from where Indira Bhatti was named earlier.

A close aide of Bahujan Samaj Party chief Mayawati and earlier considered to be the party's Muslim face, Siddiqui left the BSP in 2018 to join the Congress.

The Congress list also includes Praveen Aron from Bareilly. He had won the 2009 Lok Sabha elections from the same constituency.

Bal Kumar Patel, the younger brother of dacoit Shiv Kumar Patel alias Dadua who was killed over a decade back in an encounter, is the party's candidate from Banda.
Patel, a former Samajwadi Party MP from Mirzapur, joined the Congress recently in Delhi.

Raj Babbar was elected from Agra Lok Sabha MP twice, in 1999 and 2004. However, following delimitation in 2008, the Lok Sabha seat was reserved for the scheduled castes.

In the 2009 Lok Sabha elections, Babbar lost in Fatehpur Sikri to the BSP's Seema Upadhyay by a margin of 9,936 votes.

But he got re-elected to the Lok Sabha from Firozabad in a bye-election held the same year. He is currently a Rajya Sabha member.PTI