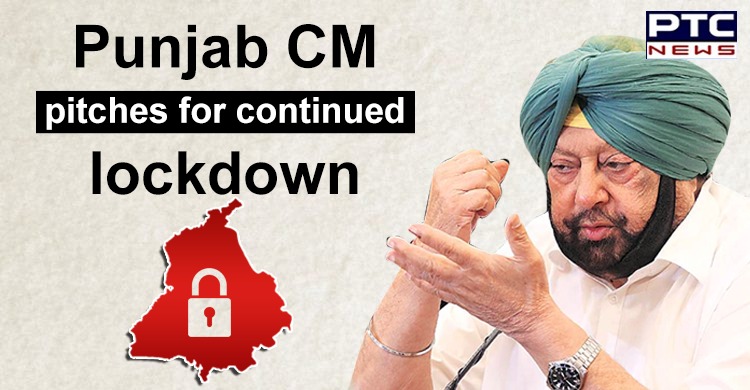 Punjab Chief Minister Captain Amarinder Singh on Monday pitched for the extension of lockdown, but with a well-crafted exit strategy, backed by fiscal and economic empowerment of the states, to save lives and secure livelihood.

The Chief Minister said at the Video Conference with Prime Minister Narendra Modi that states needed to be given greater flexibility in micro-planning as part of a carefully planned exit strategy, encompassing both COVID-19 containment and a defined path of economic revival.

The Exit Strategy should consider and focus on fiscal and economic empowerment of the States, which are responsible for the real action directly impinging upon the livelihood and social health of the common man, said the Chief Minister. He suggested that States should be allowed great flexibility in micro-planning, with MSMEs to be allowed to function in Red Zone districts with proper safeguards.

The decision on designating the red, orange/yellow and green zones should be left to the states, which were more cognizant of the ground realities, he said. Meanwhile, Captain Amarinder Singh also demanded urgent financial assistance to States to meet at least 33 percent of their committed liabilities, along with revenue grants to the states for 3 months to meet a shortfall in the revenue and to fund expenditure on COVID-19.

Punjab Chief Minister also called for a National Strategy on coronavirus testing for making the battle against coronavirus more effective. He also pointed out that he had also written to the Prime Minister to direct Central Government institutions in Chandigarh and Punjab to increase testing capacity. Punjab had so far done 40,962 tests, with the current testing rate at 2500 per day, which the state government planned to scale up to 6000 by end of the month.