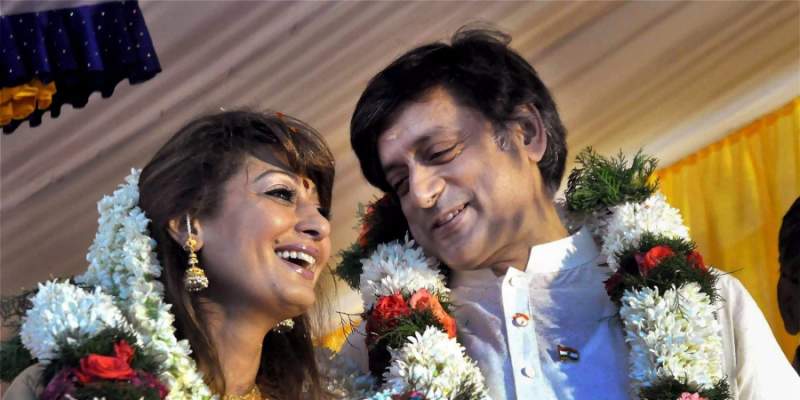 Additional Chief Metropolitan Magistrate Samar Vishal sent the court to the case to Additional Sessions Judge Arun Bhardwaj since the offence under Section 306 (abetment of suicide) of the Indian Penal Code was triable by a sessions judge.

The court also directed Delhi police to preserve vigilance report in the matter.

The maximum punishment for the offence is 10 years of imprisonment.

Tharoor, former Union minister and Pushkar's husband, has been charged under sections 498-A (husband or his relative subjecting a woman to cruelty) and 306 of the Indian Penal Code (IPC), but has not been arrested in the case.

Pushkar was found dead in a suite of a luxury hotel in the city on the night of January 17, 2014. The couple were staying in the hotel as the official bungalow of Tharoor was being renovated at that time. PTI