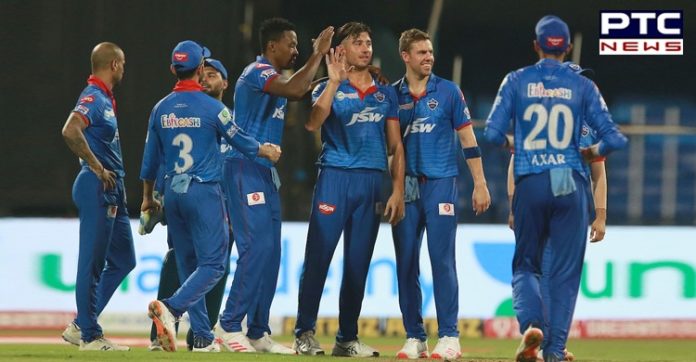 Delhi Capitals is back at the top spot in the points table by winning over Rajasthan royals by 46 runs in Sharjah.

Rajasthan Royals had won the toss and decided to bowl first.

Considering their form at the shortest venue, RR were considered to be the strong contenders to hand DC their second defeat but they fell short by a big margin in the chase.

With five wins from six matches, DC is the table-toppers now. They have replaced Mumbai Indians at the top. Interestingly, both the teams will compete for the no.1 position on Sunday and the winner of the contest will finish the week as the top-placed side.

Delhi Capitals suffered a rare batting collapse against Rajasthan as they lost three wickets in the first six overs. Rishabh Pant also failed to play big knock and the onus was on Shimron Hetmyer and Marcus Stoinis to do the job. Hetmyer showed why DC did the right thing by having a few extra batsmen in their line-up.

The Guyanese batsman played a responsible knock of 45 off 26 that saw Delhi cross the150-run mark and finish at a score of 184/8. Even though they could not touch the 200-run mark, DC won by a big margin of 46 runs. 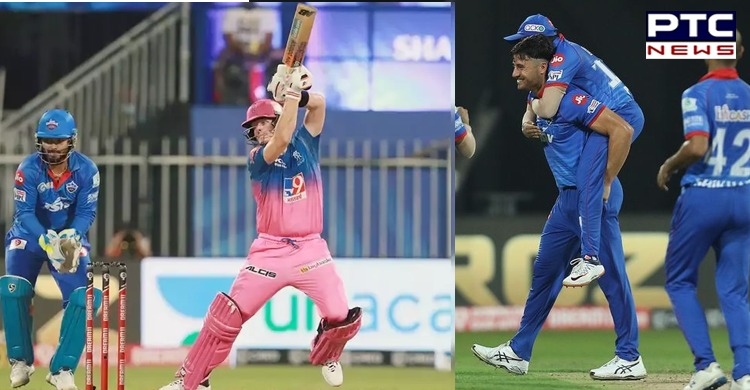 Stoinis once again showed why he deserves every bit of Rs 4.8 crore that he is receiving from DC. He scored crucial 39 off 30. Stoinis also scalped two big wickets of Sanju Samson and Yashasvi Jaiswal to push RR on the back-foot.

Dhawan is yet to score a half-century in the ongoing season and has only scored 132 runs from six matches at 22.00

Dhawan’s poor run is surely one of the things that DC might work on going ahead. They have a ready-to-go replacement in Ajinkya Rahane, who had joined the franchise for IPL 2020. 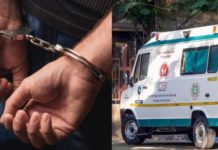