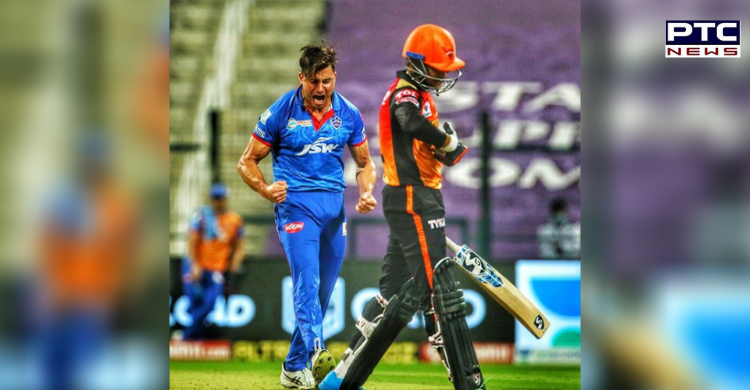 SRH needed 190 runs to win and suffered a big blow as Kagiso Rabada dismissed David Warner in the second over. While Manish Pandey and Priyam Garg counterattacked to take SRH to 36 after the end of the fourth over.

But Marcus Stoinis struck twice in the fifth over to dismiss both the batsmen. First, he disturbed the timber to get Garg out and then had Manish caught at mid-on.

Although Rashid Khan and Samad teamed up to hit two sixes and a four in the next eight deliveries, Rabada’s three-wicket over ended SRH’s hopes. The right-arm pacer had Samad caught after his 16-ball 33-run blitz and then dismissed Rashid and Shreevats Goswami before DC restricted SRH to 172/8 to seal a win.

DC had chosen to bat, and made two changes to their team as Shimron Hetmyer and Pravin Dubey replaced Daniel Sams and Prithvi Shaw.