Dry conditions to push mercury up in Delhi 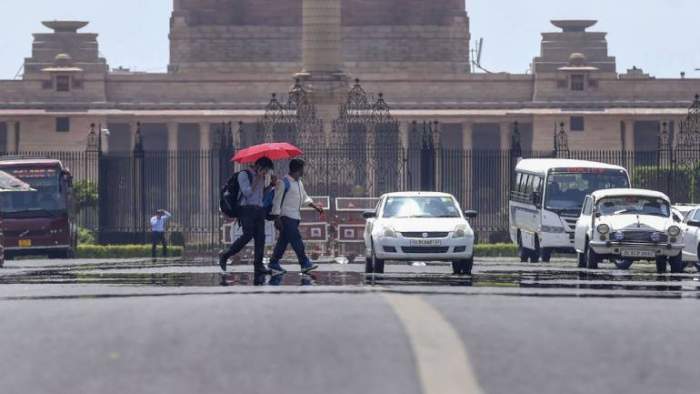 Temperatures are likely to increase in the national capital and adjoining areas over the next three-four days as chances of rain are slim at present and a possibility of downpours only next week.

With the sky remaining mostly clear on Wednesday, the maximum temperature rose slightly to settle at 36.8 degrees Celsius. Sporadic rains and windy conditions had kept the mercury in check for around three days.

The city recorded a low of 24.2 degrees Celsius, four notches below the normal, and humidity levels were between 41 and 85 per cent, a Meteorological Department official said.

The weather stations at Palam, Lodhi Road and Ayanagar recorded the maximum temperatures at 38, 37.1 and 37.2 degrees Celsius respectively.

The weatherman predicted a partly cloudy sky on Thursday. The maximum and minimum are likely to hover around 39 and 25 degrees Celsius respectively.

Private forecaster Skymet Weather said dry northwesterly winds would cause temperatures to soar over the next three-four days.