Why did Sikhs break away from BJP in Delhi MCD elections? Red signal for BJP 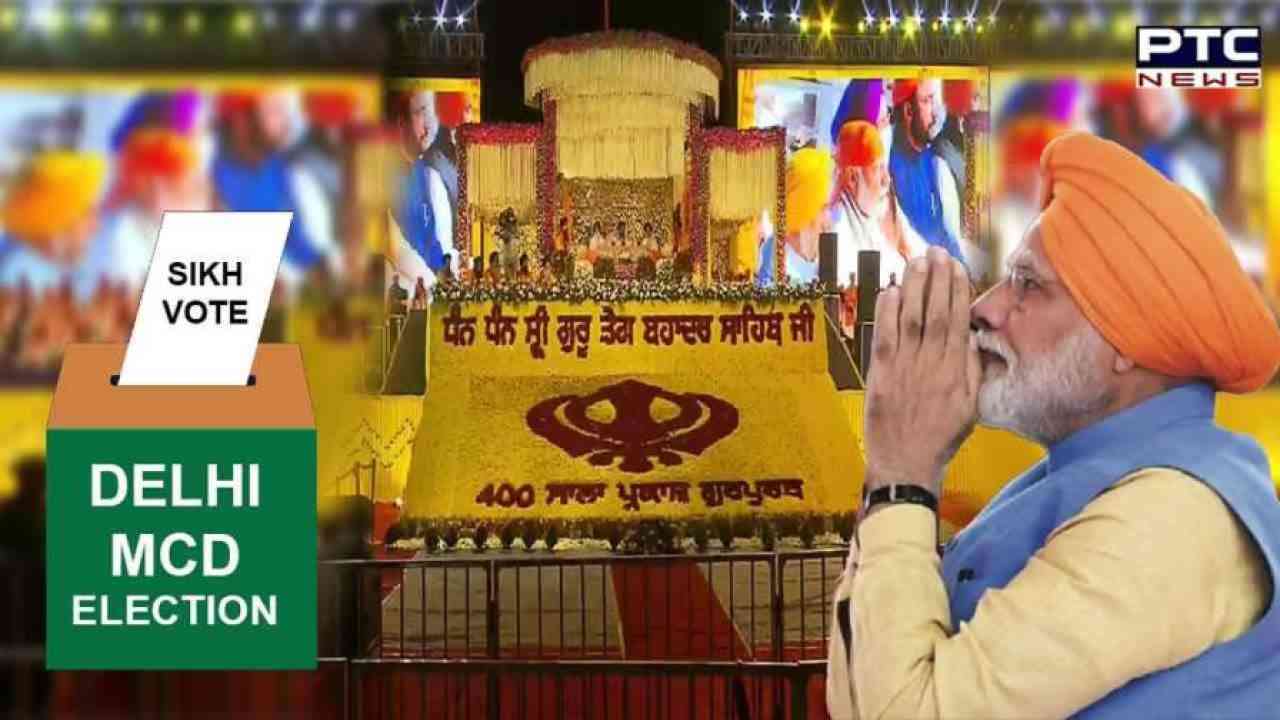 Why did Sikhs break away from BJP in Delhi MCD elections? Red signal for BJP


The Bharatiya Janata Party’s (BJP) crushing defeat in the Delhi Municipal Corporation election after 15 years could be a conclusion of several shortcomings, but the most troubling amongst them is break away of the Sikh community.For the past few years, if we talk about the Sikh community of Delhi, at least in the corporation elections, they have been favouring the BJP, but this time it was all upside down. Delhi's Sikh majority areas are Dev Nagar, West Patel Nagar, East Patel Nagar, Moti Nagar, Ramesh Nagar, Punjabi Bagh, Vishnu Garden, Chokhandi, Subhash Nagar, Khayala, Hari Nagar, Fateh Nagar, Tilak Nagar, Vikas Puri, Janakpuri, Karan Pura, Ranjit Nagar, Baljit Nagar etc were majorly swept by AAP. Although BJP also fielded Sikh candidates in Sikh areas, none of the candidates could win except for two Sikh candidates. In these elections, about 27 lakh 75 thousand votes went to BJP and about 30 lakh 17 thousand votes went to AAP. The margin of victory was about 2 lakh 42 thousand votes and if BJP had received as many Sikh votes as before, the results would have been different.

If we understand the reason for the disillusionment of the Sikhs by the BJP, then the biggest reason is the breakup of the alliance between the BJP and the Shiromani Akali Dal. For a long time, in Delhi Corporation elections, the command of campaigning in Punjabi and Sikh areas was handed over to the Akali leaders and in most of the Sikh areas the candidates were also from the Shiromani Akali Dal. The second major reason is also considered to be the DSGMC leaders coming into the election field openly. In general, there is a discussion in the Sikh circles that the DSGMC is under the control of the BJP and the Delhi Committee is running the BJP indirectly. The effect of which appeared to be negative rather than positive. The protest of the Sikhs of Delhi on the issue of forming a separate Gurdwara Committee for Haryana was also seen in these elections and the BJP's did not perform well in the areas adjacent to the Delhi border. The Sikh Sangat of Delhi seems to have voted keeping in mind the direct interference of the BJP in the recently held Shiromani Committee President election. The issue of captive Sikhs is also somewhere in the minds of the Sikhs because the central government reneged on the promise to release the captives, its annoyance can be felt Sikh circles.

JAGO Party President Manjit Singh G.K. According to the BJP, Manjinder Singh Sirsa and Harmeet Kalka have sunk because these two leaders are not ‘well-liked’ in the Sikh arenas. G.K. Presenting the facts, did those two Sikh candidates of BJP win for whom Manjinder Sirsa did not go to campaign? When Manjinder Sirsa, who made a good identity in the Sikh circles during the farmers' movement, joined the BJP, there was strong opposition to it and perhaps the BJP had to bear the consequences of that.


So the BJP, which is thinking of forming a government in Punjab, is constantly alienating the Sikhs by directly interfering in the Sikh issues, all in all, the BJP needs to think seriously about the resentment of the Sikhs to secure their political future in Punjab.

Warning: Trying to access array offset on value of type null in /var/www/html/storydetails.php on line 496

Warning: Trying to access array offset on value of type null in /var/www/html/storydetails.php on line 496