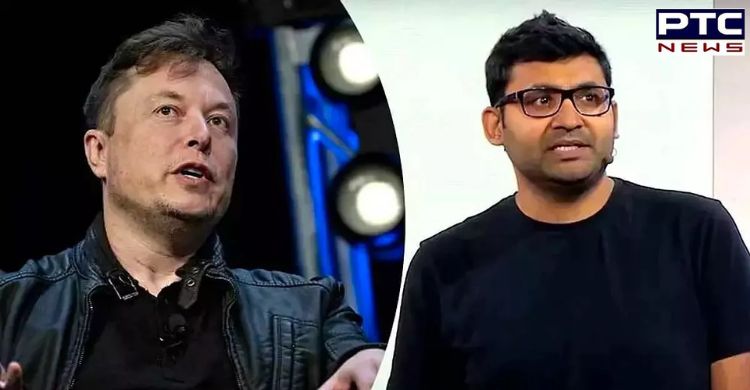 Washington (US), October 28: Despite multiple doubts about his intentions to finish the USD 44 billion Twitter acquisition deal, Tesla CEO Elon Musk is now in charge of Twitter, according to CNBC.

Elon Musk took over Twitter on Friday (local time) and also fired at least four top executives, including CEO Parag Agrawal, according to US media reports. The reports come just hours before the deadline for closing a deal to buy the social media company.

According to sources, Twitter CEO Parag Agrawal and finance chief Ned Segal have left the company's San Francisco headquarters and will not return. Vijaya Gadde, the head of legal policy, trust, and safety; General Counsel Sean Edgett have also been fired.

Agrawal took over as CEO of Twitter in November of last year, after co-founder Jack Dorsey stepped down.

Alumnus of IIT Bombay and Stanford, Agrawal joined Twitter more than a decade ago, when the company had fewer than 1,000 employees.

According to the report, "Agrawal, who was appointed CEO of Twitter last year, had clashed" with Musk "publicly and privately in recent months about the takeover."

Musk had also "singled out" Gadde, criticising her "role in content moderation decisions at the company," according to the report.

Musk arrived at Twitter's headquarters earlier this week carrying a sink and tweeted about it, saying, "Entering Twitter HQ - let that sink in!" He also changed his Twitter bio to "Chief Twit."

He tweeted a video of himself and described his visit as an experience that he was trying to "sink in," as Tesla CEO Elon Musk has until the end of the week to close the Twitter deal or face a trial.

In July, Elon Musk, who had long expressed interest in purchasing Twitter, abruptly terminated the deal. The Tesla CEO claimed that Twitter violated their mutual purchase agreement by misrepresenting the number of spam and fake bot accounts on its platform.

The market fell sharply after Musk announced the termination of the deal. Twitter later sued Musk, accusing him of using bots to get out of a deal.

Last week, Musk confirmed that he will proceed with the Twitter buyout at the previously agreed-upon price of USD 54.20 per share. However, a judge overseeing the case had put the Twitter deal legal proceedings on hold until October 28.