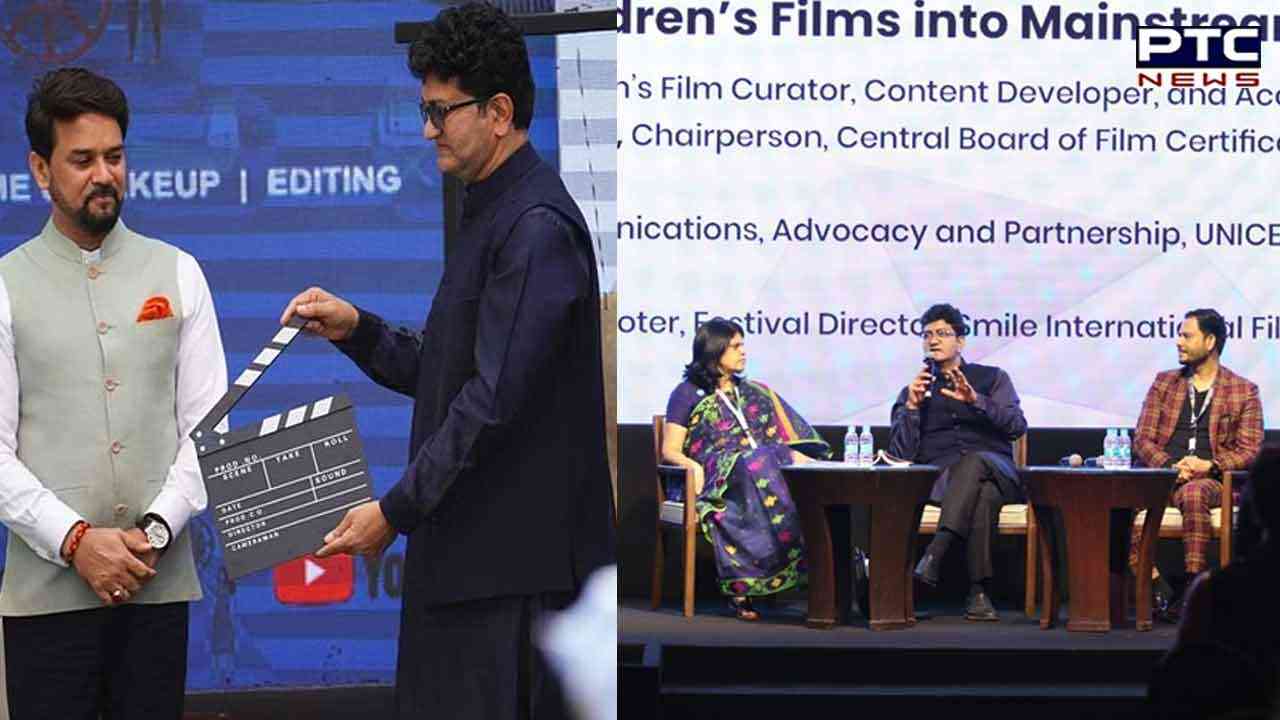 Panaji (Goa), November 22: UNICEF and the National Film Development Corporation (NFDC) have joined hands to screen and promote films with a child rights perspective at the 53rd International Film Festival of India (IFFI), which takes place this year in Goa.

For the first time, IFFI has created a special section for films that highlight issues and rights affecting children and adolescents. The festival will feature six films curated by NFDC and UNICEF.

Well-known directors and producers participated in a panel discussion as part of the Knowledge Series at IFFI titled 'Bringing Children's Films into Mainstream Viewership.'

The panel included well-known film producers Manish Mundra and Jitendra Mishra, as well as UNICEF India Chief of Communication, Advocacy, and Partnership, Zafrin Chowdhury. Prasoon Joshi, Chairman of the Central Board of Film Certification, also served on the panel.

Well-known curator and creative producer Monica Wahi moderated the hour-long discussion, which concentrated on crucial aspects of creative scripts and stories, financing, distribution, and finally creating a demand and expanding audience base for movies that celebrate childhood and children's courage, determination, and resilience while highlighting problems and challenges they face.

The '75 Creative Minds For Tomorrow' programme - an initiative of the Ministry of Information and Broadcasting, supported by UNICEF and introduced during IFFI, encourages young talent to express themselves in a 53-hour filmmaking challenge on the subject of 'India @ 100'.

At the event, Union Minister for Information and Broadcasting Anurag Thakur said, "As we enter the Amrit Kaal and march towards the 100th year of India's independence, we believe that children are the future of the nation. The healthy development of children is crucial to the growth and prosperity of any society."

He added, "With the vision to promote child rights through films, the 53rd edition of IFFI is showcasing six films specially curated for our young audiences. These films depict the real issues faced by children and raise awareness of the rights of children. These films will also reflect on the dynamic forces that shape childhood and its socio-economic contexts."

He concluded by saying, "Along with the screenings of these six films, we will also be engaging with the leading filmmakers on the role of creative cinema in promoting the rights of children. This will be done through UNICEF Knowledge sessions and panel discussions. We believe that Cinema is a powerful tool to reflect the stories of the society and with UNICEF-IFFI collaboration, we are determined to generate awareness around Child rights."

UNICEF India's Chief of Communication and advocacy, Zafrin Chowdhury said, "We are happy to be a cause partner at the IFFI as a platform to showcase heart-warming films that reflect children and young people's voices, their perspectives, their challenges but also their resilience and success. Each of these films could inspire millions."

He added, "With the proliferation of channels and entertainment content, a supportive, sensitive child-friendly ecosystem of scriptwriters, directors, and producers is much needed together with platforms that can reach the masses. We appreciate the leadership of the Ministry of Information & Broadcasting to include and encourage films with, for and about children."

Talking about the films that will be screened at the festival this year, there are six in total- the Lebanese film 'Capernaum', the Hindi films 'Dhanak' (original title Rainbow), 'Udd Jaa Nanhe Dil', 'Sumi' and 'Nani Tere Morni', along with a Bengali film 'Two Friends' (original title Dostojee).