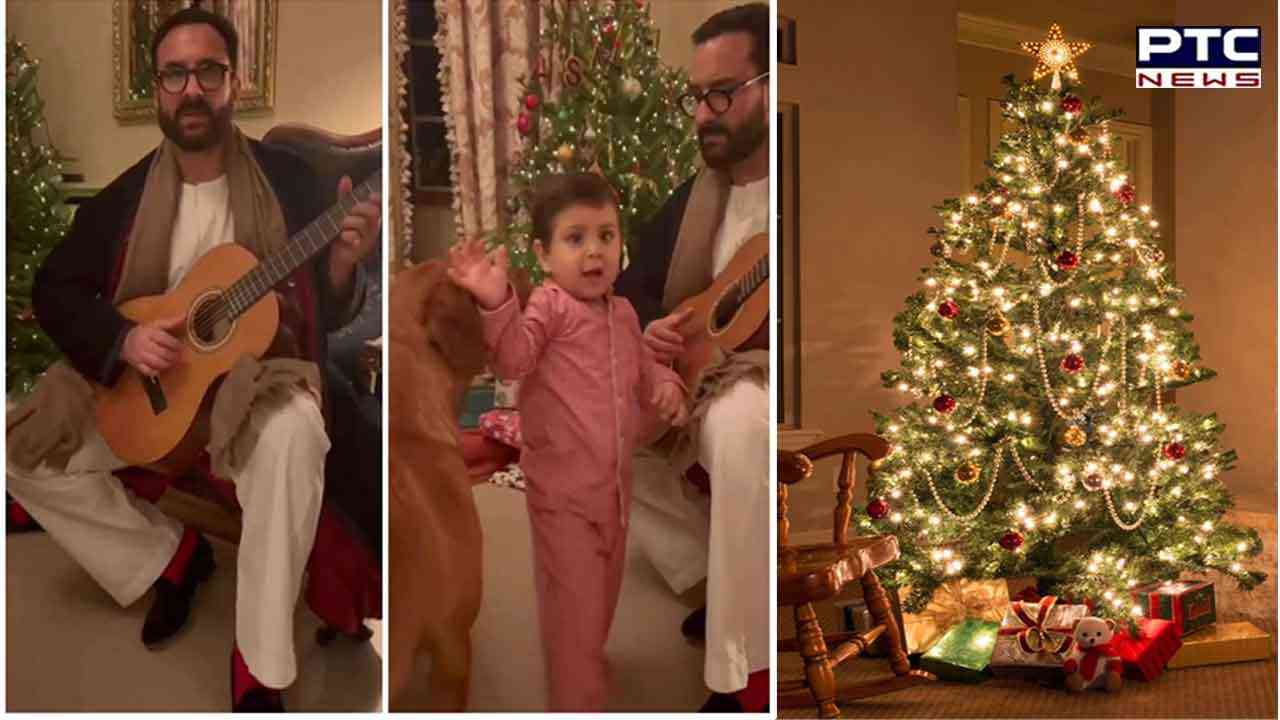 Mumbai, December 27: Bollywood actress Kareena Kapoor Khan shared an adorable moment of Christmas celebration with her husband Saif Ali Khan and sons Taimur and Jeh on Tuesday. She shared a video of his sons.


In her video, Kareena shared some moments from Christmas night. There, Saif could be seen playing the guitar and her sons Taimur and Jeh enjoying their holiday moments.

Another fan wrote, "Saif is such a vibe. Omg! Everything."

In 2016,  two became parents to son Taimur and welcomed Jeh in February 2021. Saif was married to Amrita Singh before Kareena and has two children, Sara Ali Khan and Ibrahim Ali Khan.

Meanwhile, talking about Kareena, on the work front, she was last seen in the family entertainer film 'Laal Singh Chaddha' alongside Aamir Khan.

Helmed by Advait Chandan, the film failed to impress the audience at the box office.

She will be next seen in director Sujoy Ghosh's thriller which is based on the book 'The Devotion Of Suspect X'. It also stars Vijay Varma and Jaideep Ahlawat. Apart from that, she also has director Hansal Mehta's next untitled film.

‘If I hear another comment on 'triumph over hate', I will take your class’ tweets Kangana Ranaut