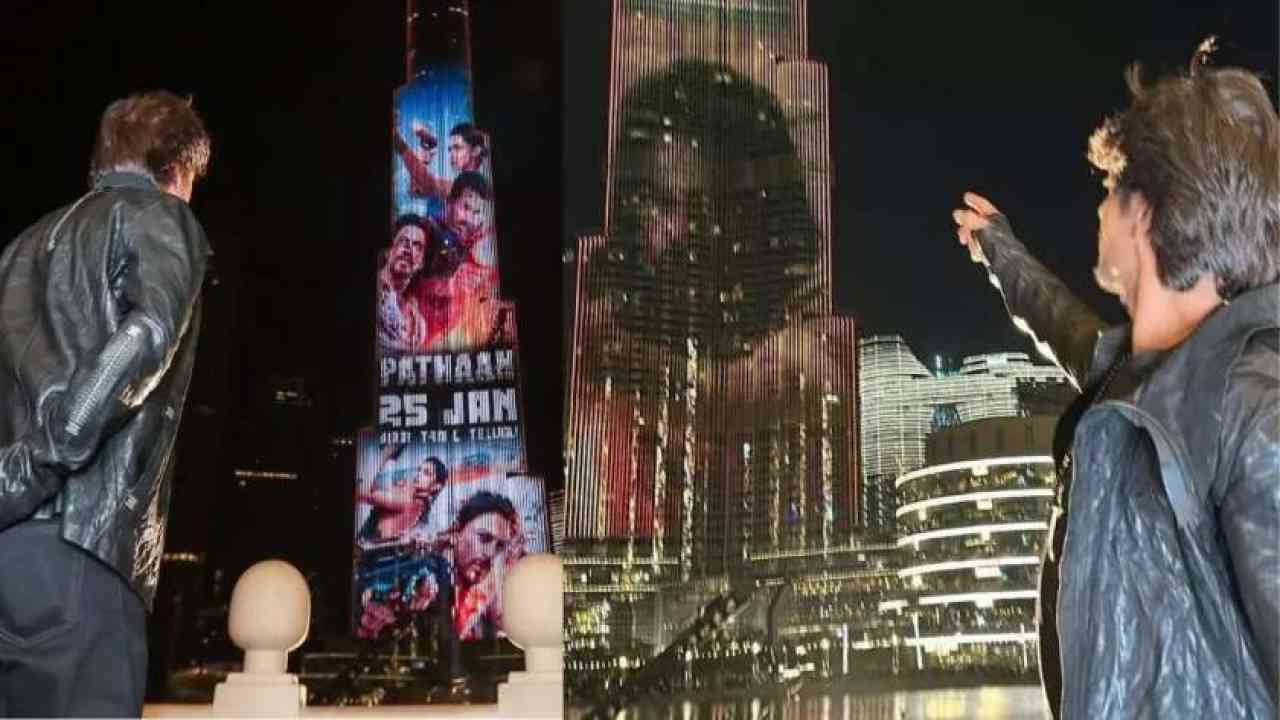 John Abraham was showcased in Dubai on Saturday. SRK fan clubs shared some

In one of the pictures, SRK was seen doing his signature

pose in front of Burj Khalifa.

And in another photo, he was seen looking at the trailer

projected on the iconic skyscraper of Dubai.

Not only this, he was seen shaking his leg on 'Jhoome Jo

Apart from this, SRK jetted off few days ago to UAE for the

said, "Pathaan is one of the most eagerly awaited films of our times and a

presenting it to audiences. We are thrilled to announce that Dubai will be

showcased on the iconic Burj Khalifa!"

He added, "We are delighted that Shah Rukh Khan, who is

currently in UAE for the International League T20, will make time to be present

of the world. SRK has an unprecedented fan following in the UAE and we feel

this activity befits the hype that Pathaan carries today, thanks to the