FACT! Real farmers refused to put any other flag on Red Fort [VIDEO] 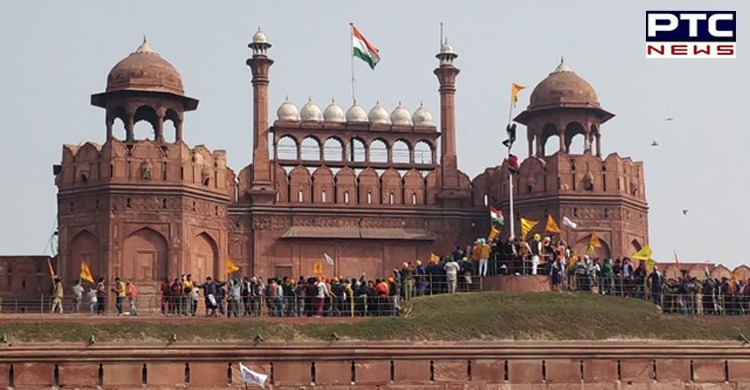 Farmers Tractor March Violence: While people are condemning the hoisting of flags at Red Fort in Delhi, there is a fact that the real farmers had refused to put any other flag on the national monument.

In a video getting viral on social media, some elderly farmers were seen asking the youth to step down and not put any other flag at Red Fort in Delhi.

Hannah Mollah, All India Kisan Sabha, said that "We had already informed police about a small group in the name of Mazdoor Kisan Sangathan which is not ours. They even did not sit in protest with us. They were joined by Deep Sidhu and they went to Red Fort."

Delhi Police stated that more than 300 police personnel were injured during the violence while one farmer died as the tractor overturned after hitting barricades near the ITO area.

However, the farmers claimed that he was shot by Delhi Police.

Union Education Minister Ramesh Nishank Pokhriyal said that "On the day of Republic Day, what happened in the Red Fort, the priceless heritage of the country, is sad and unfortunate. Such malicious incidents have no place in a democracy. I condemn this deplorable act. We should take care of our country, national flag, social harmony, and unity."