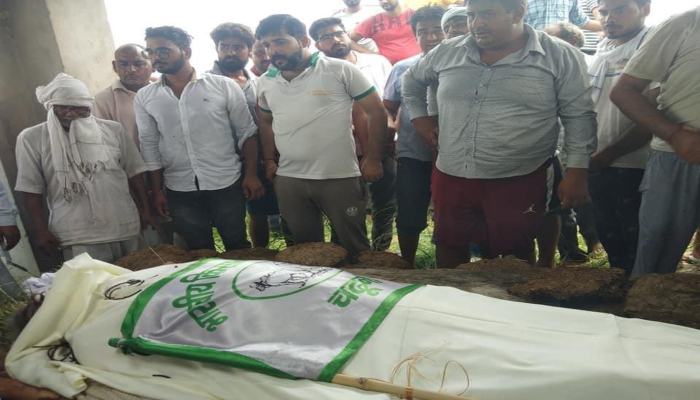 Farmers' Protest: A farmer who sustained head injuries during Karnal lathicharge died on Sunday night due to heart attack.

The farmer has been identified as Sushil Kajal who was a resident of village Raipur Jatan. He has been protesting against the farm laws for 9 months. 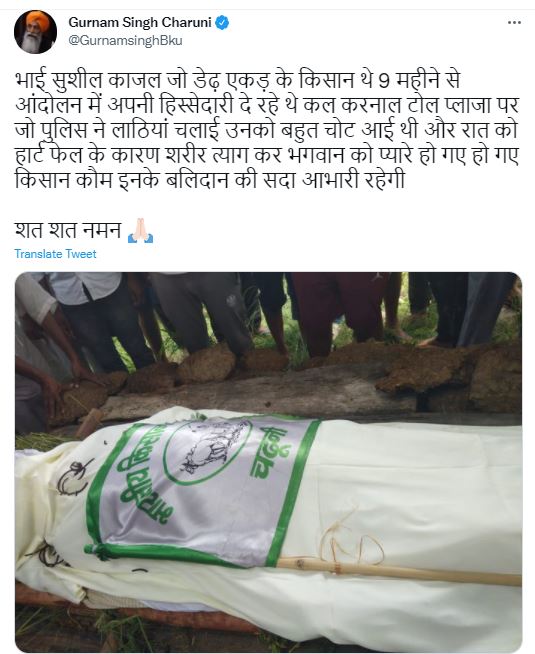 Meanwhile, farmer leaders have condemned the "brutal" lathicharge on farmers. Haryana Police on Saturday resorted to lathicharge in which several farmers were severly injured. 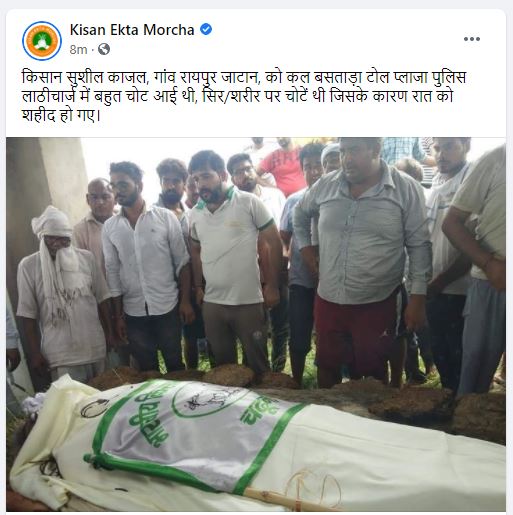 Hours after lathicharge in Karnal, a video of the Sub Divisional Magistrate has gone viral on social media in which he can be heard ordering police to "break the head of the protestors".

In the video, Karnal SDM Ayush Sinha was heard as saying that he was also issuing written orders to the policemen to use force against the farmers.

In his clarification, Ayush Sinha said, "Stone pelting had started at many places... It was said during the briefing to use force proportionately." 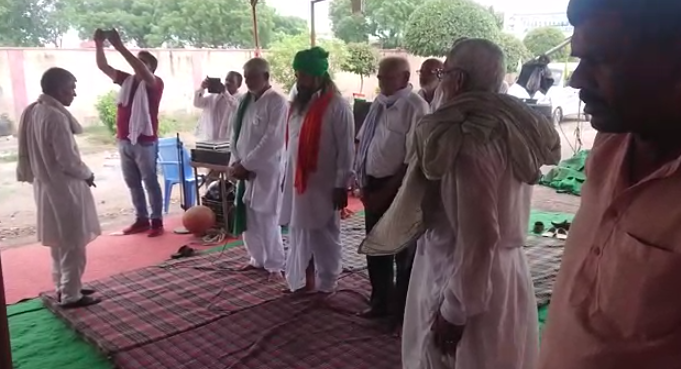 Likewise, Haryana Deputy CM Dushyant Chautala said, "the use of such kind of words by an IAS officer for farmers is condemnable. Definitely, action will be taken against him."

"In a clarification, he (Karnal SDM Ayush Sinha) said he didn't sleep in the last two days. He probably doesn't know that farmers also don't sleep on 200 days a year," he added.