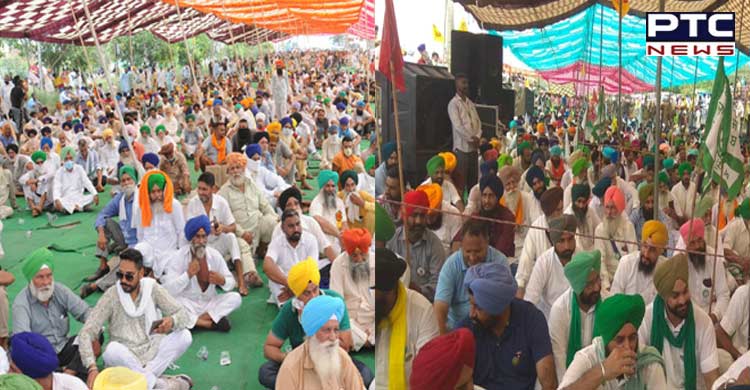 Phagwara, August 12: Farmers intensified their protest in Jalandhar's Phagwara on Friday, reaching in tractor trolleys to block the national highways and other roads.

Owing to the heavy protest, commuters are likely to face traffic issues. However, an exemption has been made for emergency services like ambulances, and school buses.

According to sources, farmers have placed trolleys to block the Amritsar-Delhi national highway. Other link roads have also been blocked.

Meanwhile, leaders of 31 farmers' organisations will reach Phagwara at around 12 noon and take part in the meeting which will be held at 2 pm there.

The farm organisations will reveal their next move after the meeting.
Further details are awaited.