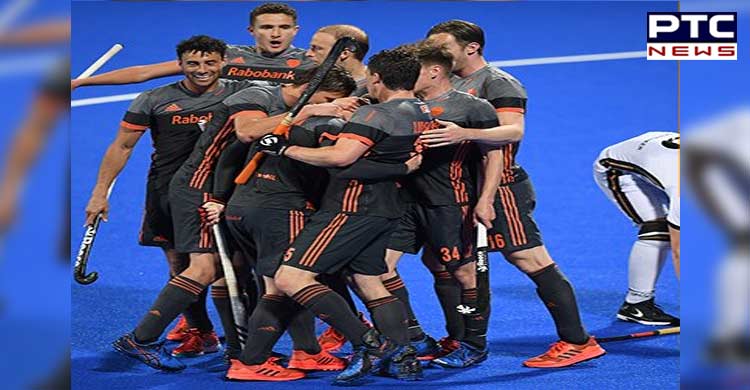 Double reverse for Germany on the home turf

The FIH Pro League men’s and women’s matches turned out to be delightful double for the Netherlands and an equally sad reverse for the host Germany at Munchengladbach on Friday.  The grand double success for the Orange.

The Netherlands women extended their advantage at the top of the FIH Pro League standings with a 1-0 victory over Germany, but were made to work hard for their seventh win in eight matches, boosting their point percentage to 87.5. Frederique Matla’s early strike proved to be decisive as the Netherlands dug deep to secure a gritty triumph against a Germany team that had more possession, circle entries and penalty corner statistics but failed to make an impression on the score-board. It was a second FIH Pro League defeat for Germany that remains fifth in the table. 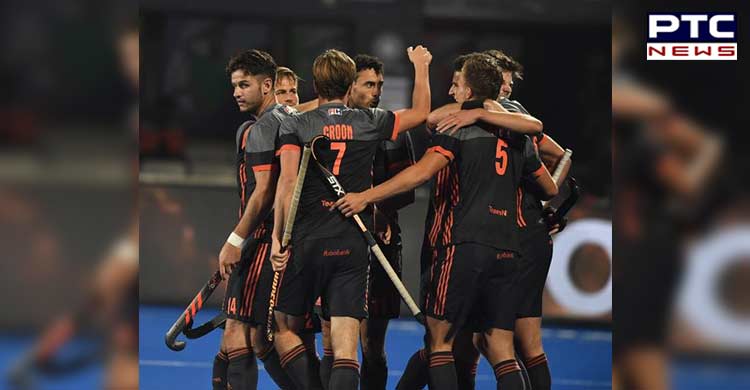 The Dutch double of Germany was completed when the Netherlands men snatched a thrilling 4-2 triumph, with Mink van der Weerden producing a Player of the Match performance by contributing two penalty corner goals to the success. The match was all square at 2-2 going into the final quarter, but Van der Weerden’s second of goal the match combined with a late breakaway effort from Bjorn Kellerman moves the Dutch into the top four of the FIH Pro League Standings, with Germany in sixth.

The Netherlands women (FIH World Ranking: 1) needed just two minutes to take the lead against hosts Germany (WR:5), who were ruthlessly punished for conceding possession on the edge of the own circle by an interchange of Dutch passes that lead to 22-year-old striker Frederique Matla tapping home her fifth goal in six FIH Pro League matches. Whilst it was the worst possible start, the response from Die Danas was impressive, winning a trio of penalty corners but failing on each occasion to beat Netherlands goalkeeper Josine Koning. 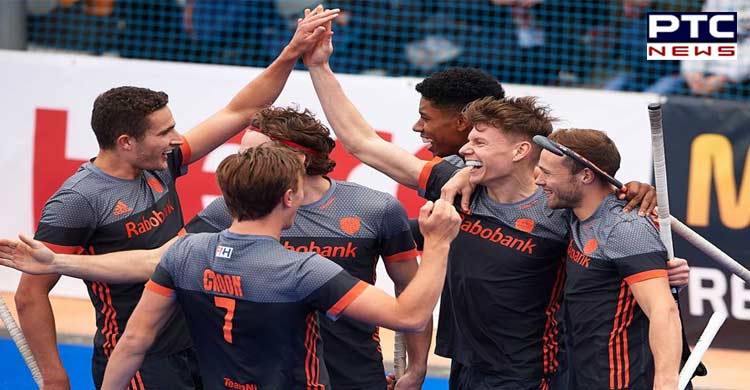 Both teams were uncharacteristically disjointed in error-strewn second and third quarters, with penalty corner opportunities being wasted at either end of the pitch as the Oranje took their slender advantage into the final fifteen minutes.

Defender Kira Horn produced a brilliant, last-gasp tackle to stop Dutch attacker Freeke Moes putting the game out of reach for Germany, who had a glorious chance of their own when Franzisca Hauke found herself directly in front of goal but failed to connect with her attempted shot. Germany coach Xavier Reckinger replaced goalkeeper Nathalie Kubalski with an outfield player for the final three and a half minutes, but the Netherlands defence, expertly marshaled  by the outstanding Lauren Stam, held firm for a fourth clean sheet in eight matches.

“It was a tough match, but we are satisfied that we won”, said Stam, who was named Player of the Match. “Germany is a very tough team and played very well today. We expected a tough game.”

Reflecting on Germany’s failure to take their chances, in particular the statistic of zero goals from six penalty corners, Germany captain Janne Müller-Wieland said: “We are very disappointed. It was a close game, and we clearly were not awake in the first two or three minutes. In the second half especially we were all over Holland so it’s just annoying that we didn’t score any goals or penalty corners. We clearly have to work on our penalty corners. I think if we had got another one we would have had a good solution, but it’s too late now.”

There were fireworks from the off in the men’s fixture between these two great rival nations, with Germany (WR: 6) and Netherlands (WR: 3) exchanging blows throughout two pulsating opening quarters. A deflected penalty corner drag-flick from Dutch defender Mink van der Weerden sailed into the roof of the German net just five minutes into the contest, before Germany debutant Malte Hellwig leveled the scores from close range after Dutch goalkeeper Pirmin Blaak had saved an initial strike from Niklas Wellen. The hosts moved into a 2-1 lead mid-way through the second period thanks to Lukas Windfeder’s low penalty corner, but parity was restored ahead of half time thanks to the quick hands of Dutchman Arjen Lodewijks, eliminating Germany goalkeeper Tobias Walter and firing home in one flowing move.

The Netherlands had the clearest sights of goal in an entertaining but ultimately score-less third period, with Bjorn Kellerman and Mirco Pruijser both going close as the match remained finely balanced leading into the fourth and final quarter.

Germany had a great chance to regain the advantage when Thies Prinz burst through on goal only to see his backhand shot well saved by the onrushing Blaak. It proved to be a decisive moment, with Van der Weerden firing inside the left post a minute later with a powerful drag-flick. Germany’s decision to replace goalkeeper Walter with an outfield player for the final four minutes cranked up the pressure on the visitors, but it was not to be their night. Kellerman twice broke clear in the final minute, hitting the outside of the post with his first effort but made no mistake with his second, beating the last defender before rolling the ball into an empty goal to seal an excellent victory on the road for the Netherlands.

“I think we played a pretty good game”, said Player of the Match Mink van der Weerden. “The first half wasn’t that good, but the second half we played a bit better, moving the ball a bit faster, and we defender well as well.”

Germany captain Martin Häner said: “It was a close game. Okay, the fourth goal was at the end with five seconds to go. In the end they scored two goals from [penalty] corners and we only scored one, and I think that was probably the difference between the two teams today.”