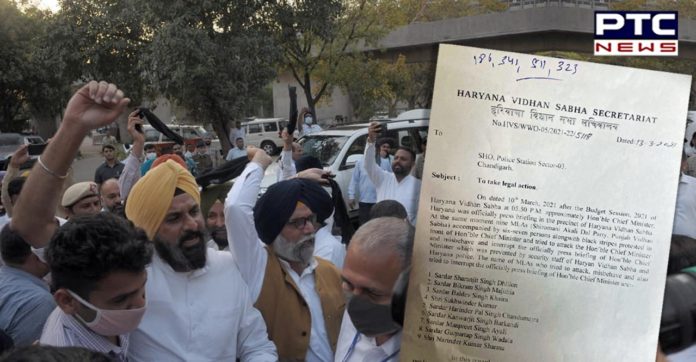 Days after the Shiromani Akali Dal raised its voice in support of farmers outside the Haryana Assembly, an FIR has been registered against 9 SAD MLAs including Bikram Singh Majithia and Sharanjit Singh Dhillon. 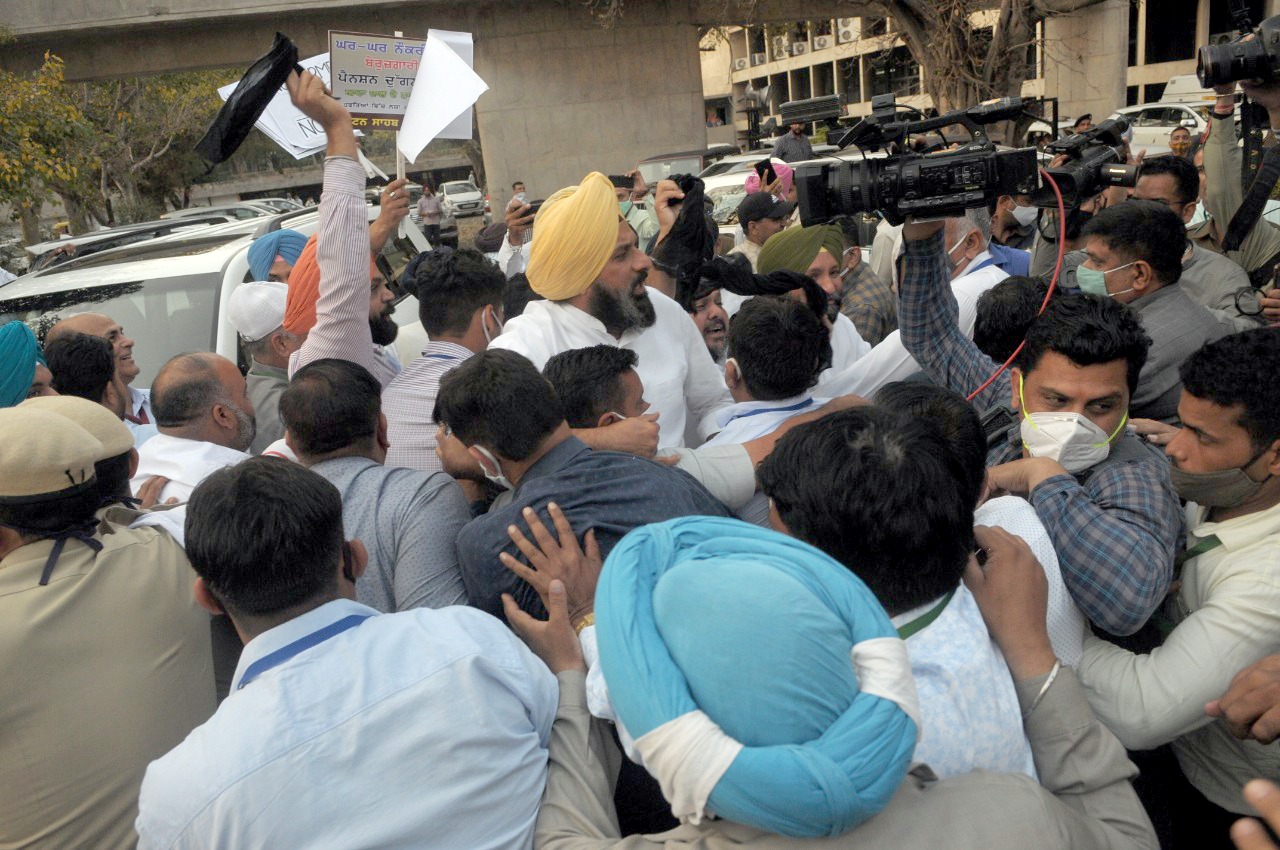 Shiromani Akali Dal has been supporting farmers’ protests since Day 1. Raising voice for farmers, the SAD MLAs along with black stripes had protested in front of Haryana Chief Minister Manohar Lal Khattar.

The SAD legislators had already made it clear that they would continue to raise their voice against repression meted out to farmers and human rights activists in Haryana even if the Haryana government register ten cases against them. 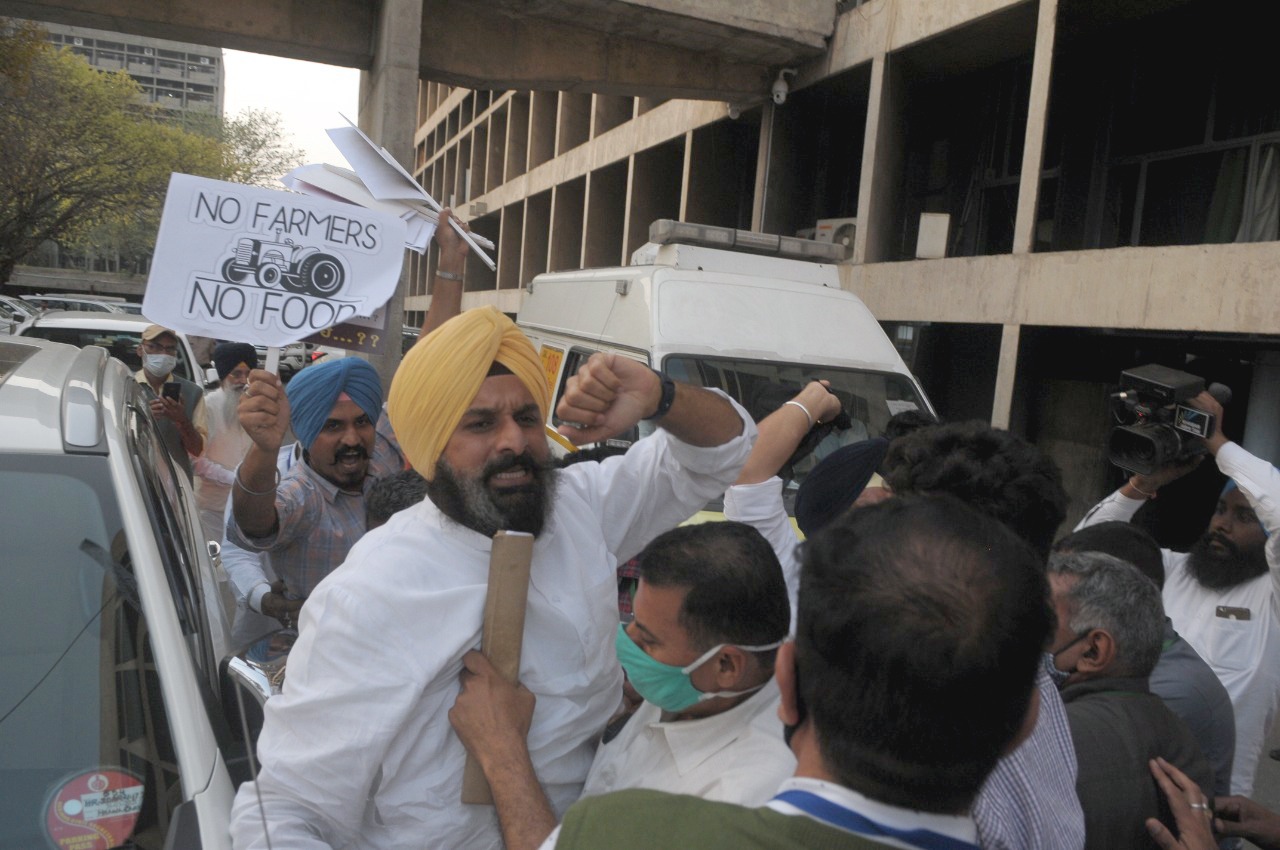 “We will not be cowed down by registration of any case against us as is being threatened by the Haryana Assembly Speaker,” Dhillon had said. 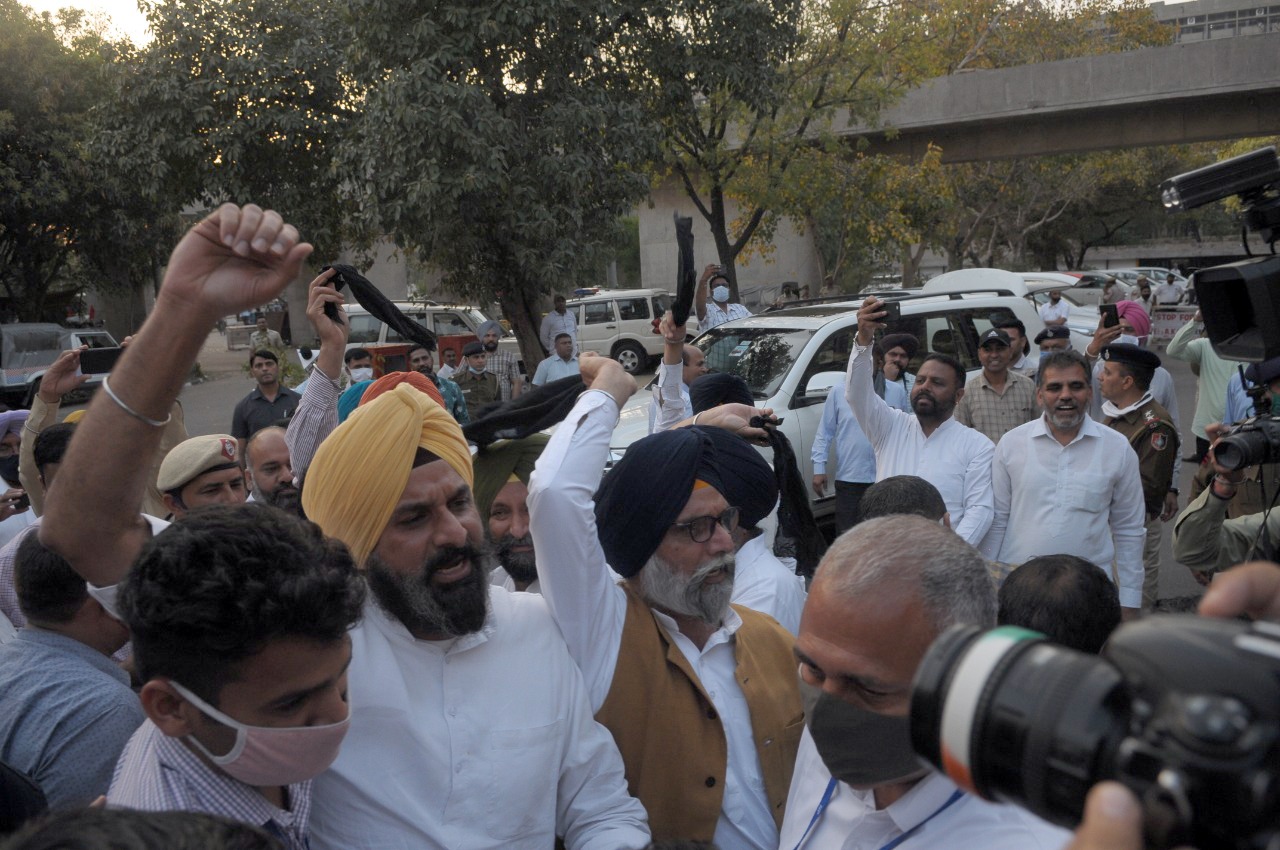 Likewise, the SAD MLAs had cleared that they had done nothing wrong by condemning the barbaric treatment meted out to farmers and human rights activists as well as Sikh youth by the Haryana police.

“We used our democratic right to hold a peaceful protest against Haryana chief minister Manohar Lal Khattar,” he had said, adding that “We were protesting in our own Vidhan Sabha building premises.”