Fire breaks out after tanker-truck collision in Maharashtra’s Chandrapur; 9 dead 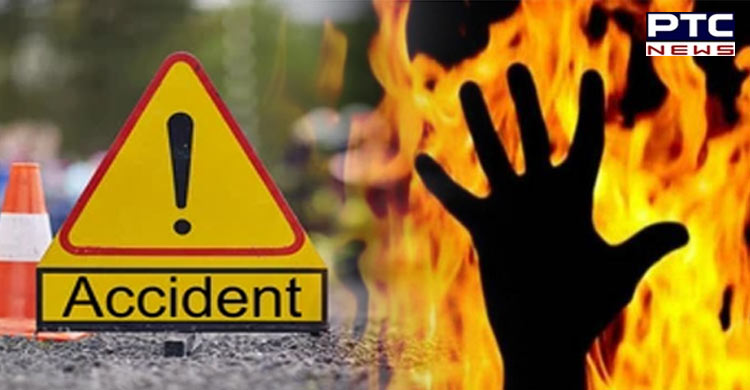 Chandrapur, May 20: Nine persons were charred to death after a fire broke out during a collision between a diesel-laden tanker and a truck carrying wood on the outskirts of Chandrapur city of Maharashtra, the police said on Friday.

The accident took place around 10.30 pm on Chandrapur-Mul Road on late Thursday evening, he said. “A tanker loaded with diesel collided with a truck transporting logs of wood close to Ajaypur near Chandrapur city. After the accident, a fire broke out in which nine persons were charred to death on the spot,” Chandrapur’s Sub Divisional Police Officer, Sudhir Nandanwar, said.

The bodies of the victims were later taken to Chandrapur hospital, Further details are awaited.