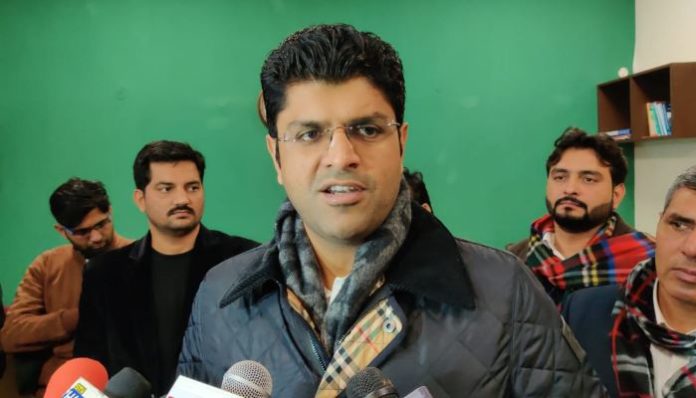 Forbes 2020: Deputy CM of Haryana and Jannayak Janta Party leader Dushyant Chautala is making news not just nationally but internationally. Making his party JJP the key to success in a very short time Dushyant Chautala has caught the world’s attention.

Actually, internationally prominent business magazine forbes has released a list of 20 personalities from all around the world on whom all world will keep an eye in the year 2020. Haryana’s deputy CM Dushyant Chautala name also features in this list.

According to Forbes, Dushyant Chautala has emerged as a progressive personality in the world. Forbes while including his name in the list has said that after entering active politics became the youngest MP in the history of the country and is currently the Deputy CM of Haryana. The magazine while commenting on Dushyant Chautala’s political journey so far, has further written that he can carve a unique identity for himself not just in Haryana politics but also on international stage.

The list published by Forbes features the best of best personality in the world. Amongst others it enlists President of Sri Lanka, Prime minster of Britain, Prince of Saudi Arabia, Finland Prime minister, German Defence minister, American Senator and a mayor. The list also features a Formula one driver, an international footballer, an environmentalist, industrialist Godrej family, political strategist Prashant Kishor.

One of the most prestigious magazines of the world Forbes has published the name of Dushyant Chautala in the list of 20 people to watch in 2020. This is seen as an indicator of his popularity and poised personality. Dushyant Chautala has also been honored by international organisations in the past.