Former President Gotabaya Rajapaksa not in hiding, to return to Sri Lanka: Govt 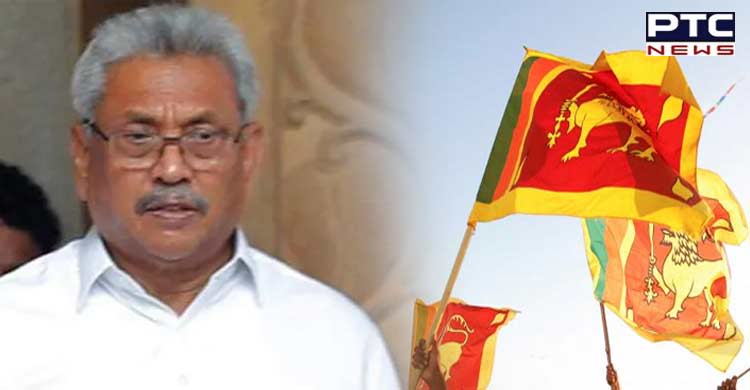 Colombo (Sri Lanka), July 26: Former President of Sri Lanka Gotabaya Rajapaksa is not in hiding and is expected to return to the country from Singapore, said Cabinet spokesman Bandula Gunawardena on Tuesday.

Addressing a press conference in Colombo, Gunawardena said that Rajapaksa went to Singapore through formal channels and it was not accurate to say that he was hiding, according to Xinhua News Agency. The ex-President Rajapaksa left Sri Lanka for the Maldives on July 13 and arrived in Singapore from the Maldives a day later.

The 73-year-old Sri Lankan politician had gone into hiding after crowds of protesters stormed his residence on July 9.

Earlier, Singapore's Ministry of Foreign Affairs confirmed that Rajapaksa has been allowed entry into Singapore on a private visit and he has not asked for asylum nor has he been granted asylum.

"In response to media queries, it is confirmed that Mr Rajapaksa has been allowed entry into Singapore on a private visit. He has not asked for asylum and neither has he been granted any asylum. Singapore generally does not grant requests for asylum," the Singapore MFA revealed.

Meanwhile, a South Africa-based rights organisation has filed a criminal complaint with the Attorney General of Singapore requesting the arrest of the former Sri Lankan President for alleged war crimes.

Lawyers from the International Truth and Justice Project (ITJP) filed a 63-page complaint arguing that Rajapaksa committed grave breaches of the Geneva Convention during the civil war in 2009 when he was secretary of defence and that these are crimes subject to domestic prosecution in Singapore under universal jurisdiction.

According to the legal complaint, during the Sri Lankan civil war, Gotabaya Rajapaksa broke both international criminal law and international humanitarian law.

The island nation is facing a severe shortage of fuel and other essential supplies and is in the throes of its worst-ever economic crisis with soaring inflation. The oil supply shortage has prompted schools and government offices to close until further notice.