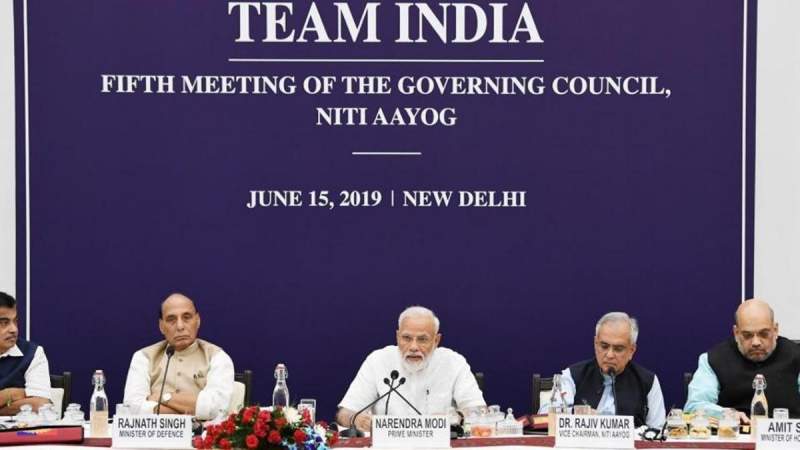 The goal of making India a USD 5 trillion economy by 2024 is “challenging, but achievable” with the concerted efforts of states, Prime Minister Narendra Modi said at the fifth meeting of NITI Aayog’s Governing Council at National Capital on Saturday.

The meeting is being attended by all chief ministers, except Mamata Banerjee (West Bengal) and K Chandrashekhar Rao (Telangana), and senior union ministers. 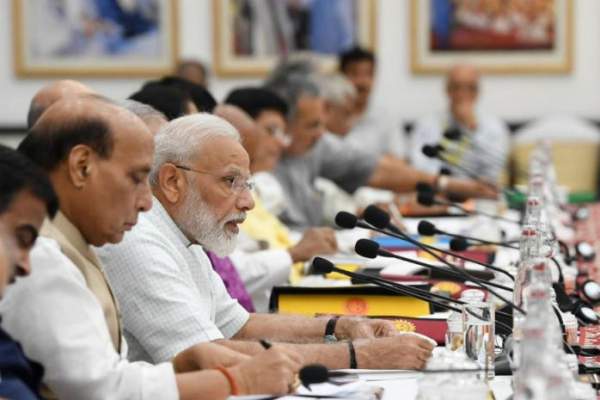 Modi, according to an official release, stressed that NITI Aayog has a key role to play in fulfilling the mantra of “Sabka Saath, Sabka Vikas, SabkaVishwas”.

Recalling the recent general elections as the world’s largest democratic exercise, the prime minister said that it is now time for everyone to work for the development of India.

He spoke of a collective fight against poverty, unemployment, drought, flood, pollution, corruption and violence. 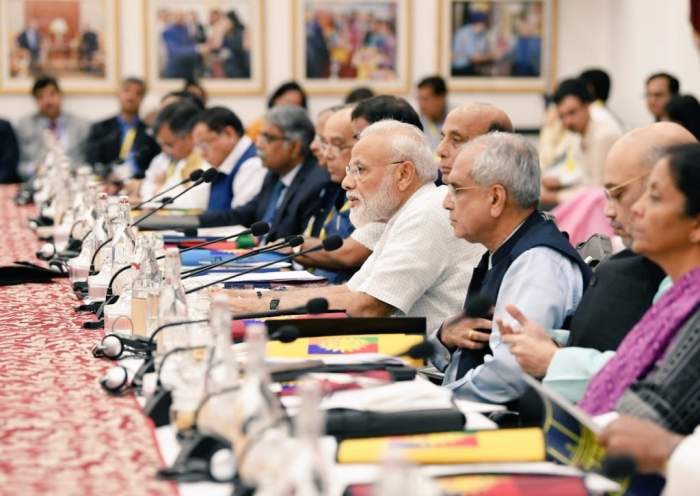 The goal to make India a USD 5 trillion economy by 2024 is challenging but can surely be achieved and stressed that the states should recognise their core competence, and work towards raising GDP targets right from the district level.

Amid several parts of the country facing drought-like situation, Modi called for effective steps to tackle it by adopting ‘per-drop, more-crop’ strategy.

He said that the newly created Jal Shakti Ministry will help provide an integrated approach to water and states can also integrate various efforts towards water conservation and management.