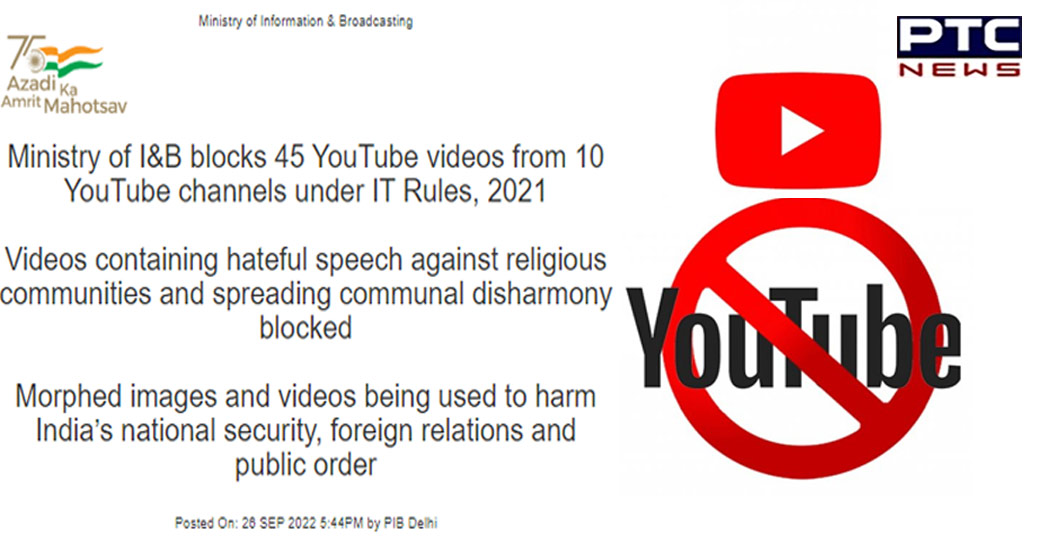 Chandigarh, September 26: The Ministry of Information & Broadcasting directed the Indian government and YouTube to block 45 YouTube videos from 10 YouTube channels based on the inputs from intelligence agencies.

“Orders to block the concerned videos were issued on 23.09.2022 under the provisions of the Information Technology (Intermediary Guidelines and Digital Media Ethics Code) Rules 2021. The blocked videos had cumulative viewership of over 1 crore 30 lakh views," the Ministry of Information & Broadcasting said in a statement.

The Ministry of I&B also revealed that the content included fake news and morphed videos spread with the intent to spread hatred among religious communities.

Examples include false claims such as the Government to have taken away the religious rights of certain communities, violent threats against religious communities, declaration of civil war in India, etc. Such videos were found to have the potential to cause communal disharmony and disrupt public order in the country. 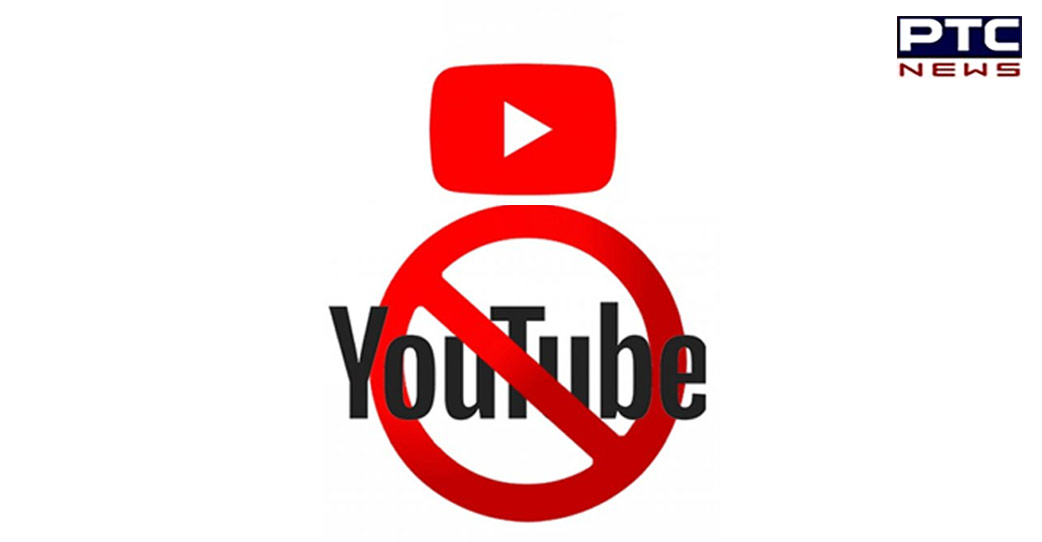 Some of the videos blocked by the Ministry were being used to spread disinformation on issues related to Agnipath scheme, Indian Armed Forces, India’s national security apparatus, Kashmir, etc. The content was observed to be false and sensitive from the perspective of national security and India’s friendly relations with foreign States.

Certain videos depicted erroneous external boundary of India with parts of J&K and Ladakh outside the Indian territory. Such cartographic misrepresentation was found to be detrimental to the sovereignty and territorial integrity of India.

“The Government of India remains committed to thwart any attempts at undermining India’s sovereignty and integrity, national security, foreign relations, and public order,” the ministry said in an official statement.