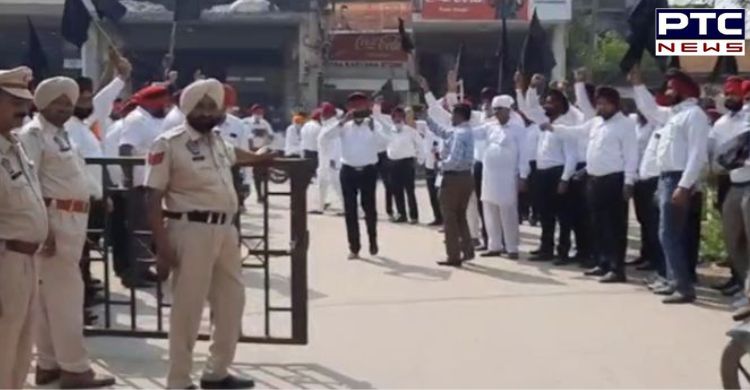 Gurdaspur, October 1: Ahead of the visit of Punjab Cabinet Minister Kuldeep Dhaliwal to Dana Mandi, Dhariwal, the protestors raised slogans against the state government and waved black flags.

Notably, the Cabinet Minister is scheduled to attend an event organised by the Department of Agriculture in Dhariwal.

In anticipation of Dhaliwal's visit, the GOG (Guardians of Governance) reached the event venue and staged a protest against the Punjab government. Following this, the police administration arrived on the scene and resolved the situation.

Notably, the protesters have been agitating against the scrapping of the GoG scheme in Punjab.

Slamming the Punjab Government for scrapping the Guardians of Governance (GOG) scheme on September 9, 2022, protester Jagjit Singh said that the "government halted the scheme without giving any notice. The dignity of all the soldiers has been hurt by the claims that the scheme (GOG) has failed to achieve the goal for which they were appointed, and that they have made no contribution over the last four years."