Happy Birthday Gulzar: Sampooran Singh Kalra is celebrating his 85th birthday, who is an Indian Film Director, Lyricist, and Poet, of his era, also the modern time. Gulzar was born in Jhelum District in British India (now in Pakistan), on August 18, 1934. He along with the family moved to India after the partition. Gulzar began his career with the Music Director SD Burman, as a lyricist from the film Bandini in 1963. Also, Gulzar has worked with several music directors including RD Burman, Salil Chowdhury, Vishal Bhardwaj, and AR Rahman.

The legendary Gulzar was awarded the  Padma Bhushan in 2004, the third civilian award in India. Also, he bagged the Sahitya Akademi Award and the Dadasaheb Phalke Award, the biggest award in the Indian Film industry. Likewise, Gulzar has won Indian National Film Awards, 21 Filmfare Awards, one Academy Award, and one Grammy Award as well. Few of the people know the theme song of the popular Indian animated Sitcom— Motu Patlu is written by Gulzar.

Also Read: Subhas Chandra Bose Death Anniversary: ‘Give me blood, I promise you freedom’, patriotism made him a hero 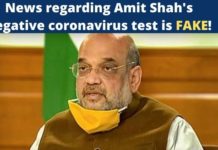