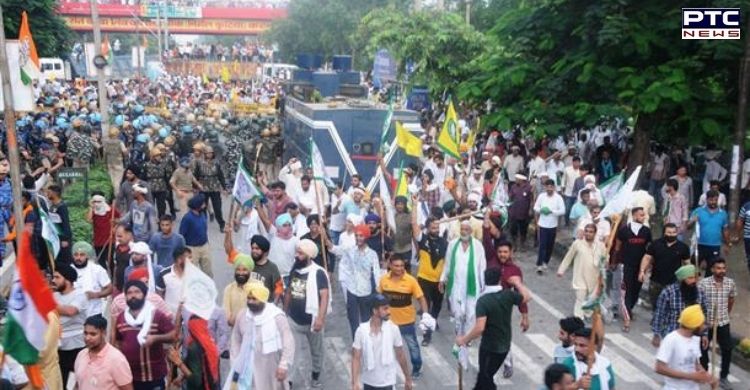 In protests over the postponement of paddy procurement to October 11, a large number of farmers gathered outside Haryana Chief Minister ML Khattar's residence in Karnal on Saturday. According to information, the police had to use water cannons on the protestors to disperse them.

In several districts of Haryana, farmers are protesting at grain markets, and outside the residences of MLAs from the ruling BJP-Jannayak Janata Party alliance.

On Friday (October 1), BKU leader Rakesh Tikait had warned of protests to press the Central Government to start paddy procurement on time.

On Friday too, farmers and the police clashed again as the protesters marched against an event attended by Deputy Chief Minister Dushyant Chautala in Jhajjar.