Heavy rains throw life out of gear in Ambala, Chandigarh 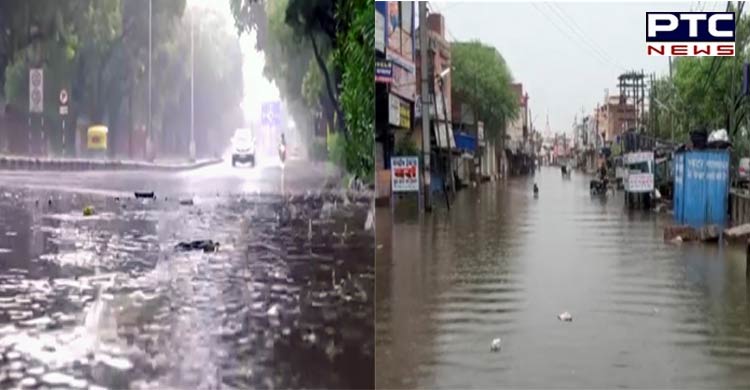 Chandigarh, July 10: Heavy rains lashed the parts of Ambala and Chandigarh on Sunday morning, throwing life out of gear.

Many visuals of the roads jammed due to the inundation surfaced on the internet.

Meanwhile, Chandigarh witnessed a heavy downpour for the second day in the city.

The India Meteorological Department had forecasted isolated heavy rainfalls (64.5 to 114.5 mm) over Punjab and Haryana-Chandigarh for July 10, along with thunderstorms and lightning.

Several cities of Punjab - Hoshiarpur, Nawanshahr, Ropar, Ludhiana, Jalandhar and others are likely to witness heavy showers on July 10. A severe downpour is also anticipated to hit many cities in Haryana.

IMD has forecasted scattered/fairly widespread rainfall activity with isolated thunderstorms and lightning for Punjab, Haryana, and Chandigarh during the course of the next five days.

To prevent harm to paddy cultivation from over-hydration and strong winds, farmers are advised to take action to drain the excess water and prevent it from stagnating in the fields.