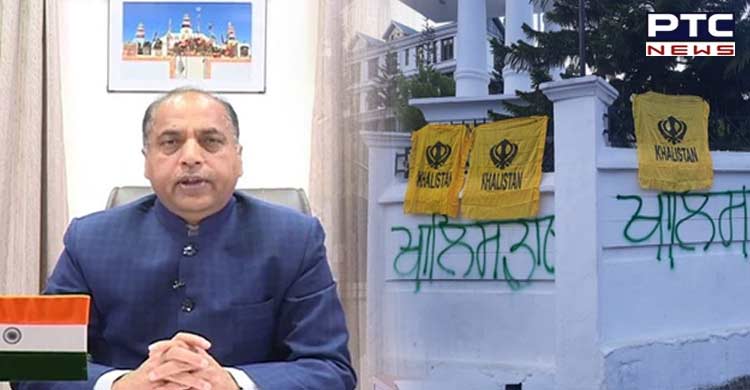 Dharamsala (Himachal Pradesh), May 14: One more Punjab resident was arrested for allegedly putting Khalistani flags and writing slogans on the walls in the Dharamsala, informed Himachal Pradesh Chief Minister Jairam Thakur on Friday.

Taking to Twitter, the CM asserted that every Himachali is united against the forces dividing the country.

"Another person who put up Khalistani flags and wrote slogans on the wall in Dharamsala has also been arrested from Punjab. Every Himachali is united against the forces dividing the country. Long live Mother India Jai Hind, Jai Himachal," Thakur said on Twitter.

"In a joint raid with Himachal Pradesh Police, we arrested a resident of Morinda in connection with putting up pro-Khalistan flags & writing slogans on the wall of Himachal Assembly in Dharamsala," the Rupnagar SSP, Dr Sandeep Garg informed. 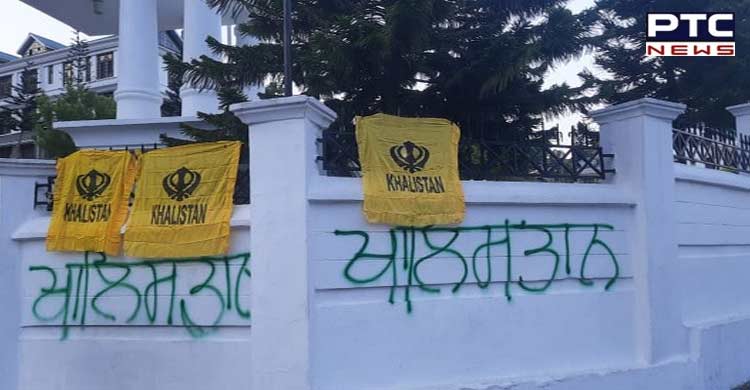 Giving details, he further said, "During interrogation, the accused also accepted that he along with his accomplice had put up Khalistan banners outside our office (mini-secretariat complex) in Ropar, Punjab on April 13. The accused have been handed over to Himachal Police."

Ropar Police will bring the arrested accused back on a protection warrant. His other accomplice has also been identified and will be nabbed soon," Garg added. 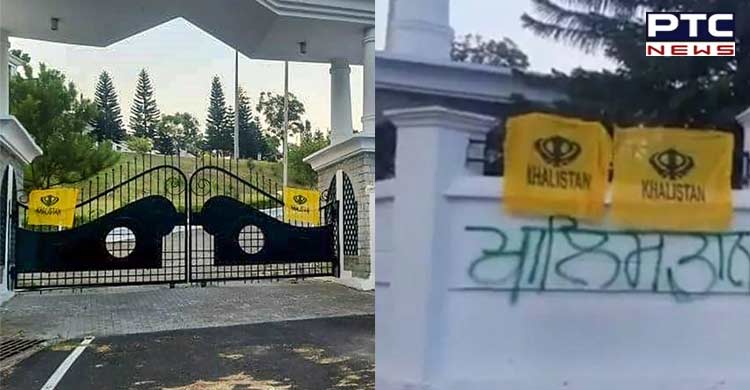 Earlier on Wednesday, the special investigation team (SIT) of Himachal Pradesh nabbed one accused in connection with the incident.

Notably, the 'Khalistan' flags were found tied on the main gate of the Assembly and walls on May 8 after which police registered an FIR under sections 153-A and 153-B of IPC, section 3 of HP Open Places (Prevention of Disfigurement) Act, 1985, and section 13 of Unlawful Activities Prevention Act (UAPA) at Dharamshala Police station. 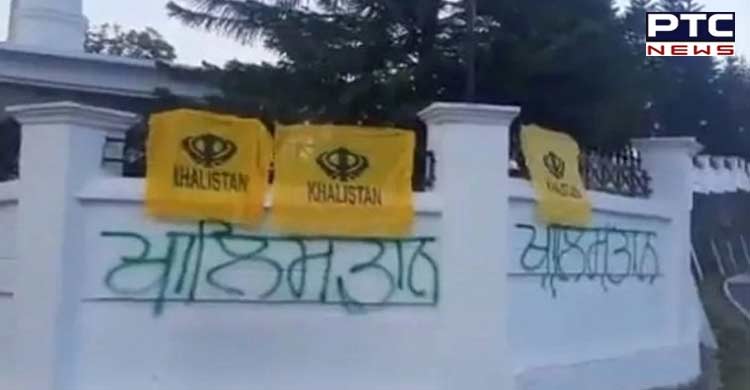