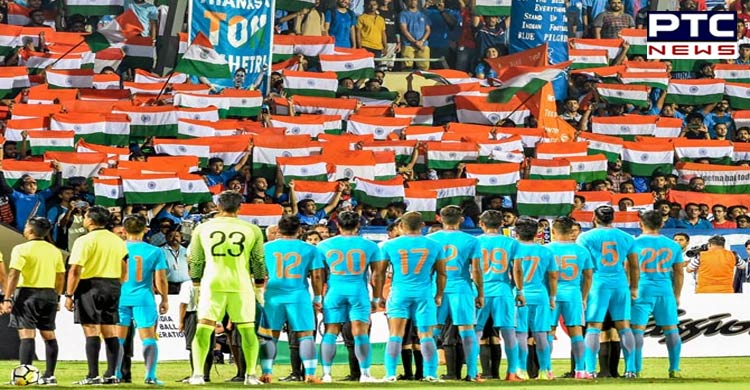 The hopes of Indian Football team reaching the third round of the 2022 FIFA World Cup qualifiers have dashed after Sunil Chhetri and Co. were defeated by Oman, on Tuesday. If India could have manged to secure at least a draw at the Sultan Qaboos Sports Complex, it would have levelled Afghanistan and may have staken the third place in Group E, with four points under its belt. With just three more games to go, the road of India looks tricky.

Yet to record its first win in the campaign, India has three points from five matches it has played. Indian team has two defeats to its name, both against Oman, but has managed to secure a point each against Afghanistan, Bangladesh and Qatar.

To qualify for the next round in 2022 FIFA World Cup qualifiers, India needs to win all its remaining matches, which would enable it to level with Oman (12 points) after 8 matches. Also, India needs Oman to lose all its remaining matches with huge margins as goal difference will play a vital role, when the points are level. As per the rules, the winners of all eight groups will directly qualify for the next round along with the top 4 runners-up sides.