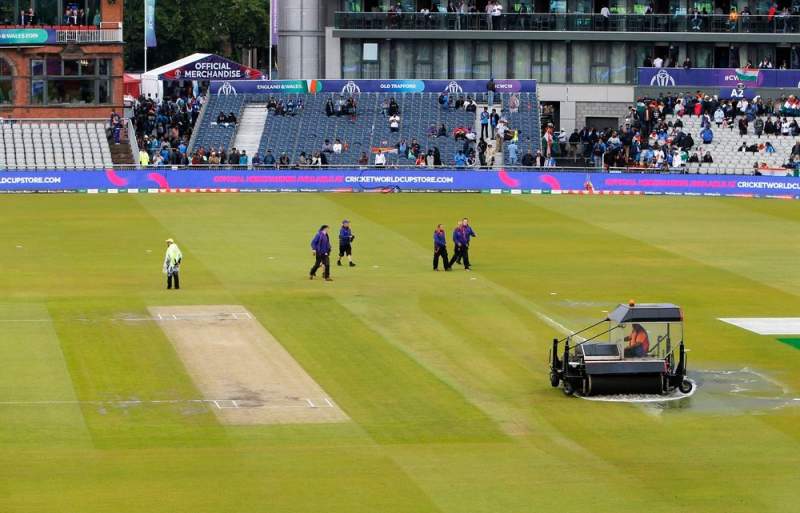 Rain showers forced ICC officials to suspend play after 46.1 overs of the New Zealand innings in the first semi-final of the Cricket World Cup 2019 against India at Old Trafford, UK. The match will resume on Wednesday, which is the reserve day.

Match was stopped with only 3.5 overs left in the New Zealand innings.

There was already threat of rain before the match began. 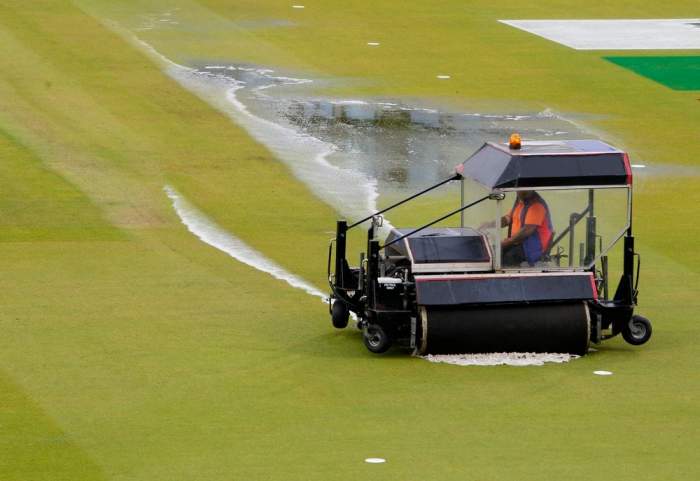 In overcast conditions, however, New Zealand captain Kane Williamson won the toss and opted to bat.

Bhuvneshwar Kumar & Jasprit Bumrah started off perfectly for India. The pacers did not give away a single run in the first 16 balls before Bumrah got rid of Martin Guptill. 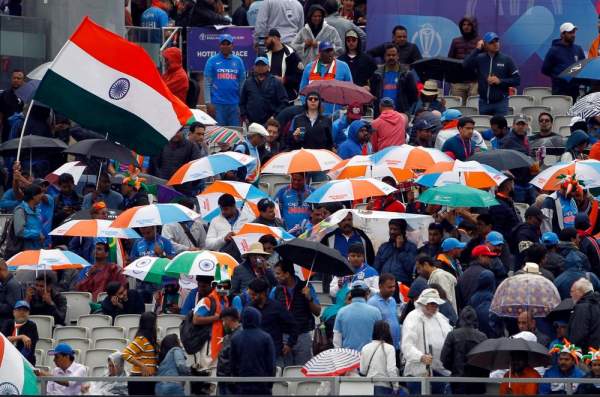 Henry Nicholls & Kane Williamson shared a solid 68-run score for the 2nd wicket and that partnership gave New Zealand hopes of a good platform in trying conditions. But Ravindra Jadeja clean bowled Nicholls in the 19th over.