'If anything happens BJP will be responsible': Sanjay Raut on Al-Qaeda threat letter 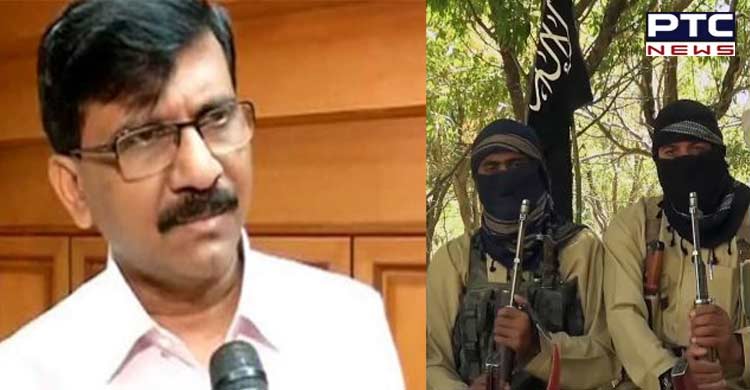 Mumbai, June 9: Shiv Sena MP Sanjay Raut held the Bharatiya Janata Party (BJP) responsible for allegedly damaging the social harmony of the country, on Thursday and said "BJP will be responsible if anything happens" while referring to reports of threats of suicide attacks from terror outfit Al-Qaeda in the Subcontinent (AQIS).

"Everything was fine in the country but the spokesperson of BJP wants a clash between two religions. If anything happens in the country then BJP is responsible for it. We will do our work but when will they take cognizance of those who are behind all this?" Raut said.

The Shiv Sena leader's remarks come after AQIS threatened suicide attacks in Gujarat, Uttar Pradesh, Mumbai and Delhi to "fight for the dignity of our Prophet" amid an ongoing controversy over the remarks by BJP leaders on the founder of Islam.

The threat read, "saffron terrorists should now await their end in Delhi and Bombay and UP and Gujarat".

Alerts have been issued across Delhi, Mumbai, Uttar Pradesh and Gujarat by law enforcement agencies to increase vigilance at specific locations including airports, metro, railway stations and market areas, informed the sources privy to the development.

Several countries, including Malaysia, Kuwait, and Pakistan, have criticised recent remarks made by BJP leaders. While Nupur Sharma spoke during a television debate, another leader, Naveen Jindal, made a provocative statement on Twitter.

Over the statements, the BJP suspended spokesperson Nupur Sharma and expelled media in-charge Naveen Kumar Jindal. The party issued a statement emphasising its respect for any religious personality.