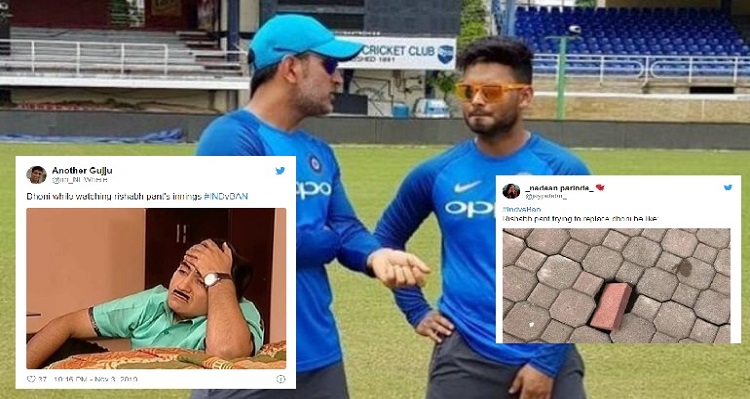 Rishabh Pant failed to impress much in the absence of MS Dhoni during the first T20 match between India and Bangladesh at the Arun Jaitley Stadium in Delhi, on Sunday. During the match, Pant convinced Rohit Sharma to opt for Decision Review System (DRS) against Soumya Sarkar on the last ball of the 10th over.

The bowler Yuzvendra Chahal was unsure and so was Rohit Sharma, but Pant was confident of a caught behind opportunity. The UltraEdge demonstrated a flat line as ball went past the bat and the decision was in favour of Soumya.

Afterwards, Rishabh Pant failed to spot DRS chances against Mushfiqur Rahim, when he was trapped LBW twice. Then, Rahim scored a match-winning knock of 60 runs off 43 balls, including eight boundaries and a six. This led fans troll Rishabh Pant with hilarious memes, comparing him with the wicket-keeper MS Dhoni.

Here are some of the hilarious memes on Rishabh Pant:

Now, India will take on Bangladesh at Rajkot on November 7, 2019.