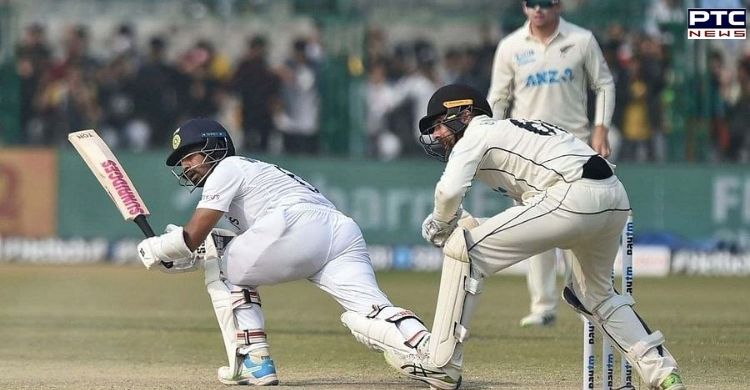 Team India found themselves on top after Shreyas Iyer and Wriddhiman Saha showed grit and determination with the bat to help hosts fight back against New Zealand on Day 4 of the ongoing first Test here at Green Park, Kanpur on Sunday.

On the cusp of stumps, Team India declared their second innings at 234/7d, giving the visitors the target of 284 to win the match.

For hosts, Wriddhiman Saha and Axar Patel remained unbeaten with innings of 61* and 28* respectively. At stumps, New Zealand's score read 4/1 with Tom Lathan (2*) and William Somerville (0*) currently unbeaten at the crease. Ravichandran Ashwin scalped the lone wicket of Will Young in the last session of Day 4 of the ongoing first Test.

Resuming the third session from 167/7, Axar Patel joined Wriddhiman Saha in the middle, and the duo gathered runs at a quick pace. With the desired target on board, Ajinkya Rahane decided to declare the hosts' second innings.

Then India got to bowl just four overs in the day, but they succeeded in making a key breakthrough through Ashwin. With nine wickets to go and plenty of turn and bounce with that new ball, one can expect an interesting final day on cards. 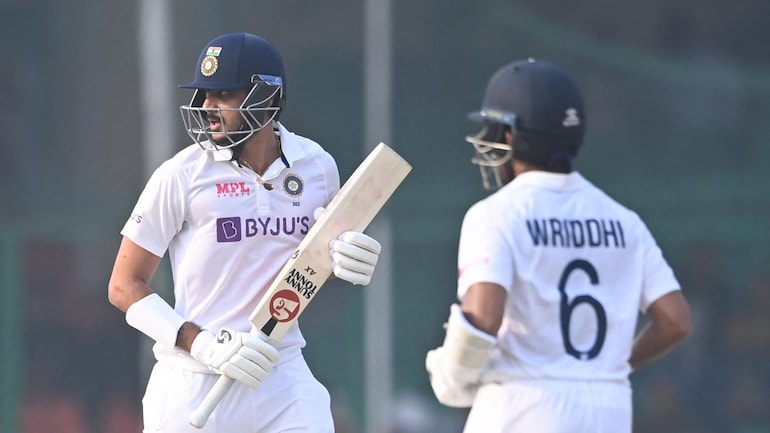