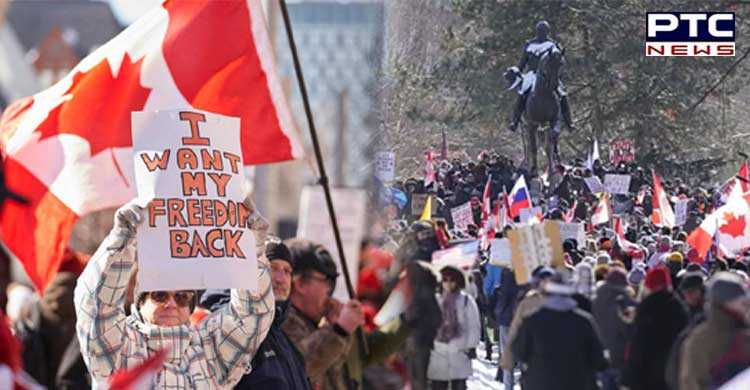 Ottawa, February 9: In the midst of ongoing protests in Ottawa, India on Tuesday advised its citizens residing in Canada and those planning to visit the country to avoid places where demonstrations are taking place and to follow local authorities' instructions, including curfews.

"In view of the ongoing situation, Indian citizens in Canada and those planning to visit Canada are hereby advised to exercise a high degree of caution and remain alert, avoid areas where demonstrations and large gatherings are taking place, such as downtown Ottawa, follow the instructions of local authorities, including curfews and monitor local media for information on ongoing demonstrations and the evolving situation," read an advisory issued by the High Commission of India, Ottawa. 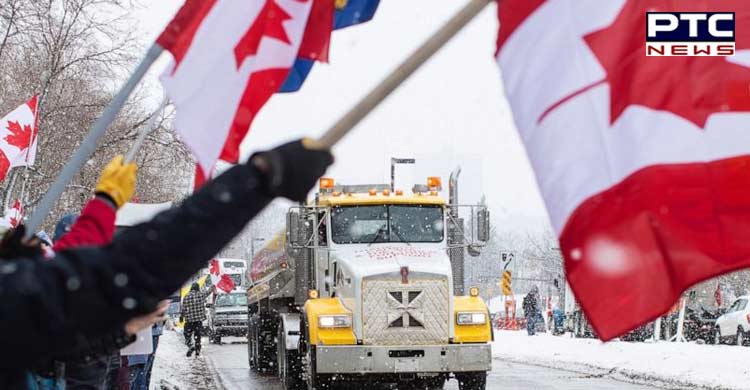 Roadblocks, demonstrations, large gatherings, and general strikes are currently taking place in Ottawa, Canada's capital city, and numerous other major cities, including Toronto. According to the advisory, this has resulted in traffic jams, public transportation disruptions, and shortages of essential items such as food and water.

"Owing to the prevailing situation, a state of emergency has been declared for the City of Ottawa. The impact on traffic and services is likely to continue and local authorities in other major cities of Canada may also impose curfews or other restrictions at short notice," the advisory further said. 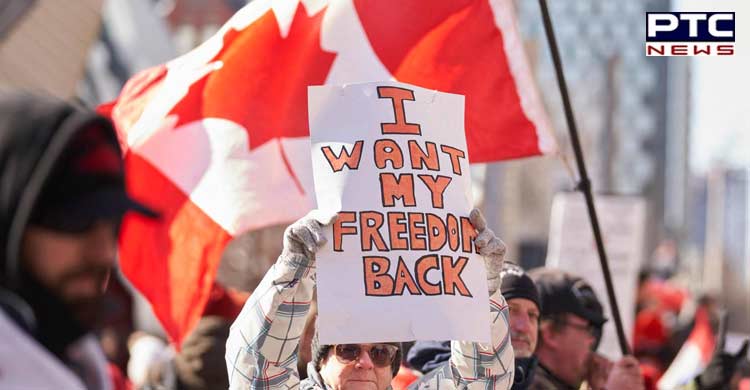 Meanwhile, the High Commission in Ottawa has set up a special emergency helpline (+1) 6137443751 to provide aid and guidance to Indian citizens in distress owing to the ongoing unrest in Canada.

"Indian citizens in Canada are also encouraged to register with the High Commission of India in Ottawa or Consulates of India in Toronto and Vancouver through their websites, or the MADAD portal madad.gov.in Registration would enable the High Commission and the Consulates to better connect with Indian citizens in Canada in the event of an emergency," read the statement. 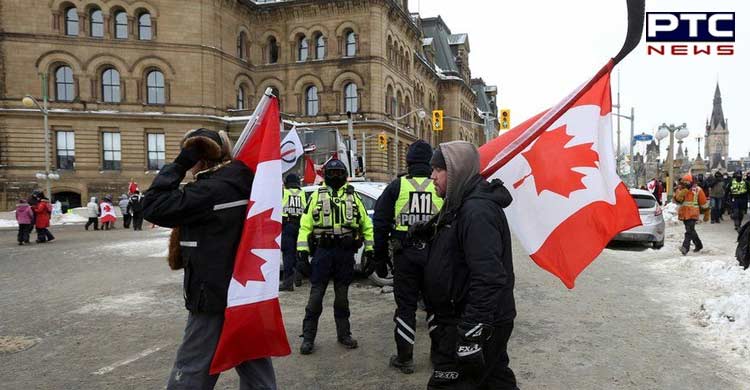 Thousands of people gathered in Ottawa to voice their strong objection to vaccine mandates for truckers crossing the US-Canada border, which sparked the current wave of protests against Covid-19 restrictions.