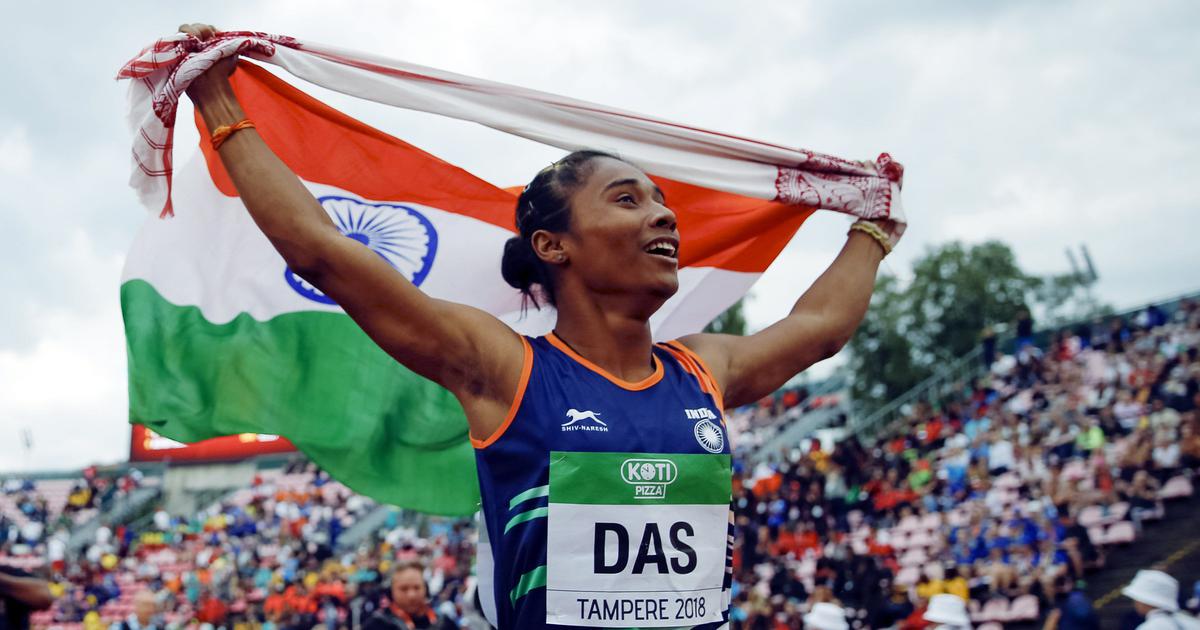 Wishes pour in for India's new golden girl in athletics Hima Das who on Thursday created history after becoming the first from India to win a gold medal.

Hima won the gold metal after finishing at the top in the 400m clocking 51.46 seconds at the ongoing IAAF World Under-20 Athletics Championships in Tampere, Finland.

Prime Minister Narendra Modi on Friday congratulated the 18-year-old on the achievement saying her performance will inspire the young athletes.

"India is delighted and proud of athlete Hima Das, who won a historic Gold in the 400m of World U20 Championships. Congratulations to her! This accomplishment will certainly inspire young athletes in the coming years," he tweeted from his official handle.

'Congratulations to our sensational sprint star Hima Das for winning the 400m gold in the World Under-20 Championship. This is India’s first ever track gold in a World Championship. A very proud moment for Assam and India, Hima; now the Olympic podium beckons!,' wrote President of India Ram Nath Kovind.