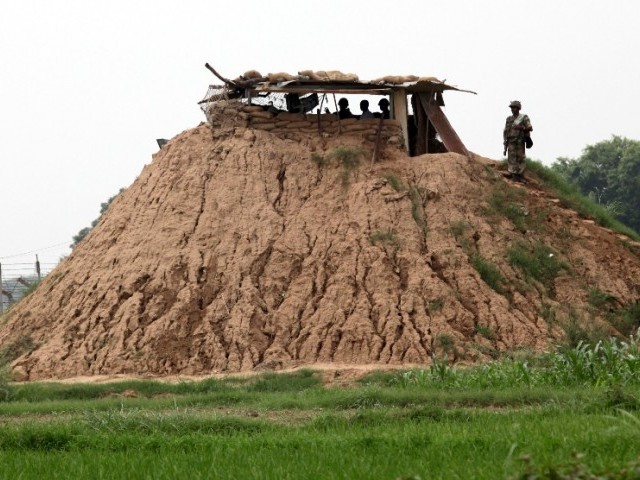 India summoned a senior official of the Pakistan High Commission Tuesday and lodged a strong protest over the loss of lives of three of its soldiers during an infiltration bid by Pakistani terrorists in the Sunderbani sector of Jammu and Kashmir two days ago.

The Ministry of External Affairs (MEA), in a statement, said it also condemned in the strongest terms such a provocative action by Pakistan, which revealed the neighbouring country's complicity in aiding and abetting terrorism and exposed the hollowness of its deceitful claims of promoting a constructive engagement with India and desire for peace.

The Pakistan High Commission official was summoned to the MEA and a demarche was made, lodging a strong protest over the loss of lives of Indian soldiers during the cross-border infiltration bid by Pakistani terrorists in the Sunderbani sector on October 21, the statement said.

"It was informed that two Pakistani armed intruders have been killed by the Indian security forces during the ensuing firefight and the government of Pakistan should take custody of the dead bodies of its nationals," the MEA said.

Two heavily-armed Pakistani intruders and three Indian soldiers were killed in a gunfight Sunday after the Army foiled the infiltration bid along the Line of Control (LoC) in the Sunderbani sector.

The Army had also warned Pakistan Monday to restrain the terrorists operating from its soil.

India also conveyed to the Pakistani side Tuesday its grave concern over the continuing incidents of unprovoked ceasefire violations by the Pakistani forces along the LoC and the International Border (IB).

"Despite repeated calls for restraint and adherence to the ceasefire understanding of 2003 for maintaining peace and tranquillity, Pakistan forces have carried out 1,591 incidents of unprovoked ceasefire violations along the LoC and IB in 2018 so far," the MEA said.

Pakistan was also asked to abide by its bilateral commitment not to allow any territory under its control to be used for supporting terrorism against India in any manner, it added. PTI