India on top for sending students to US colleges, universities: US Embassy 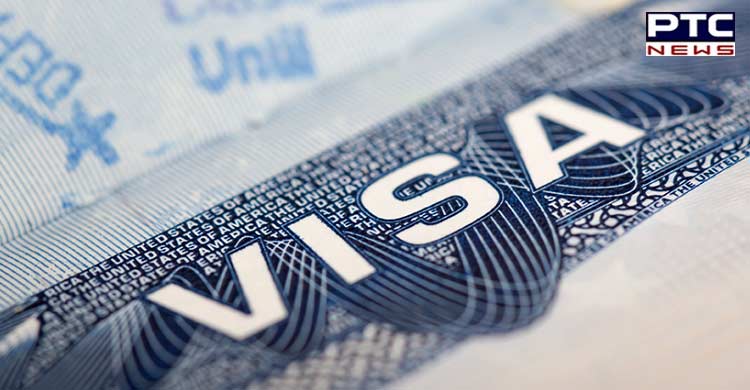 New Delhi, September 14: Hailing the US recent achievements of issuing over 82,000 student visas this summer, Don Heflin, Minister Counsellor for Consular Affairs US Embassy in New Delhi said India is the number one country for sending students to United States colleges and universities.

Last week, US diplomatic missions in India issued a record-breaking 82,000 student visas between May and June 2022 - more than to any other country in the world. "We issued 82,000 student visas this summer which is a record for us. Last year we set a record of issuing 62000 and the interesting thing is that this year because of the Covid related problems in other countries, India is the number one country for sending students to US colleges and Universities," Heflin told ANI in an exclusive interview.

When asked if he is okay with using agents for booking slots, Heflin said that there is nothing illegal about it but he stressed staying away from fake documents and false statements.

"There is nothing illegal about it. I don't think you need an agent just to book a slot with us. Hopefully, they are providing some other advising services. One caution that we would give people when you talk to anyone who tries to sell you a package of fake documents or tells you to make false statements, just walk out immediately because that can get you in real trouble in your student visas", Heflin added.
Responding to the question of complaints about the system locking you out if you keep checking and if there is any way to avoid getting locked, Don advised people to check the website two or three times a day to prevent locking you out.

Stressing further on complaints of various students travelling to Chennai and other consulates for the appointment, Heflin said that by the next summer they may have 100 per cent staffing so that things should even out.

"This is a result of when Covid froze everything up. We have different global advice consuls in different places. So, people rushing for appointments and people flew across the country. Now, we don't mind that when it's a Business person or maybe a Graduate student, maybe an H1 worker. By the next summer, we're going to be much closer to 100% staffing. So, things should even out. We think that they will get the appointment at the consul, nearest to their home".

Responding to the question if students need visa stamping who are in the US on an OPT (Optional Practical Training), Heflin said that this summer we started with dropbox appointments, for students which they have never been able to do before.

"This gets really confusing our graduates. If you're in the US on OPT and you're in status with your school and with the immigration service, you don't have to get a new visa unless you want to leave the country. If you're not leaving the country, you're perfectly legal to keep know what you're doing. But if You're gonna leave the country, you need to come back here and get a visa. Now, the good news is that this summer, we started with Dropbox appointments for students, which we've never been able to do before, and that means somebody in that situation, could grab a Dropbox appointment. They don't go as fast as the first times, but you can grab a dropbox appointment, and then build their trip to India around that", added Heflin.

In a statement last week, the US Mission in India had said that it has issued a record-breaking 82,000 student visas to Indians in 2022 to date. Indian students have received more US student visas than any other country, including China.

The embassy also said that the US Embassy in New Delhi and four consulates in Chennai, Hyderabad, Kolkata, and Mumbai prioritised the processing of student visa applications from May to August to ensure that as many qualified students as possible made it to their programs of study in time for scheduled start dates.

Charge d'Affaires Patricia Lacina hailed the US Mission in India's achievement commenting, "We are happy to see so many students were able to receive visas and reach their universities after the delays caused in previous years by the COVID-19 pandemic."

Indian students comprise nearly 20 per cent of all international students studying in the United States, with the Open Doors report in 2021 showing there were 167,582 students from India in the 2020-2021 academic year.