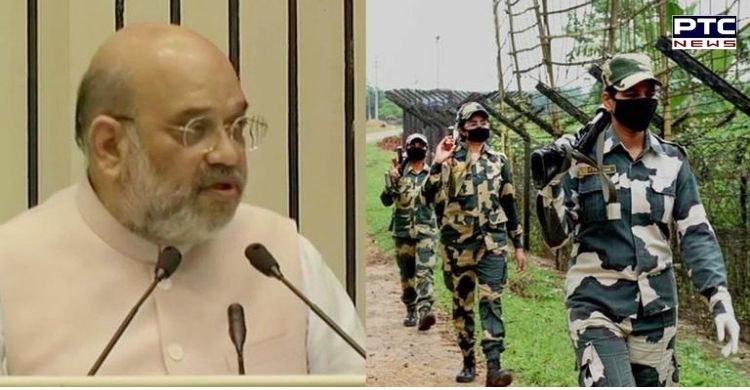 The Raising Day event of the BSF is being celebrated at Jaisalmer, Rajasthan, for the first time. Earlier on December 4, the Union Home Minister distributed health cards to BSF personnel during his visit at Rohitash Border here along the India-Pakistan International boundary.

More than 35,000 jawans of the country's police force, BSF & CAPF have sacrificed their lives for the country. On behalf of the country, I pay tribute to all the soldiers who made the supreme sacrifice for the nation: Union Home Minister Amit Shah pic.twitter.com/iSauOCQKGA

These health cards were distributed under the Prime Minister Narendra Modi's flagship healthcare scheme Ayushman Bharat Yojana. Amit Shah is on a two-day visit to Rajasthan.
He will proceed to Jaipur later in the day to address the BJP state working committee meeting. During the working committee meeting on Sunday, BJP's organisational review, upcoming action plan, complete farmer loan waiver, electricity, health, education, unemployment, law and order, the strategy and mission of the movement among other things will be discussed in detail.