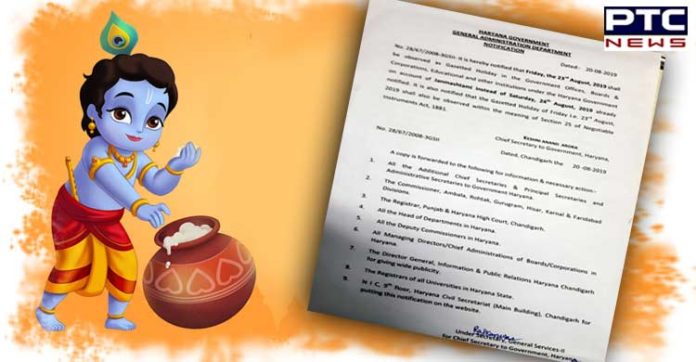 Haryana: 23 August will be observed as a Gazetted Holiday in Govt offices, Boards, Corporations & other educational institutions under Haryana Govt on the occasion of #Janmashtami, instead of 24 August, as it was notified earlier. pic.twitter.com/1IPwXJgr8R

Furthermore, the letter says, “It is also notified that the Gazetted Holiday of Friday i.e. 23rd August 2019 shall also be observed within the meaning of Section 25 of Negotiable Instruments Act, 1881.”

The Janmashtami 2019 is scheduled to be celebrated on August 24, 2019, which is said to be the birthday of Lord Krishna and hence, it is celebrated across the nation. The celebrations of Janmashtami takes place with full excitement and joy. 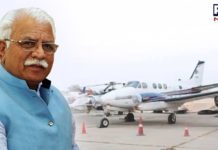 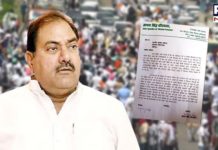