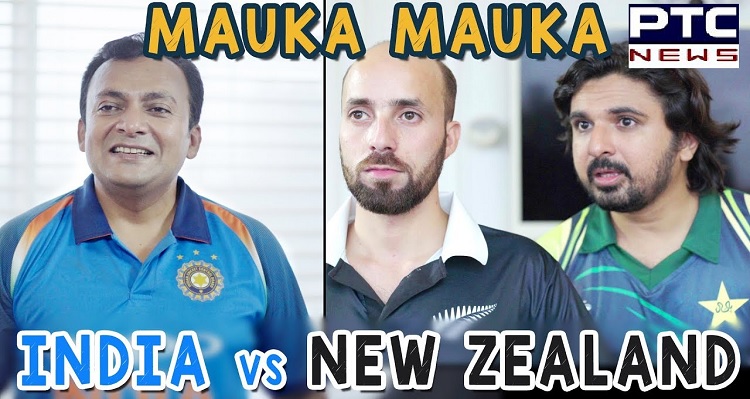 Also Read: India vs New Zealand: What happens if the first semi-final clash gets washed out? ICC Cricket World Cup 2019

Meanwhile, New Zealand enters and offers return ticket for India saying that he is doing social work so Kiwis are giving the return ticket. Likewise, India trolls him by wearing New Zealand the crown and went on his knees to laud him as a "King of Haath ko Aya Muh Na Laga". Since Pakistan and Bangladesh started laughing on it, India trolled Pakistan again claiming them (NZ and Pak) brothers, as Pakistan got defeated seven times by India, while New Zealand to be defeated for seventh time in semi-finals.