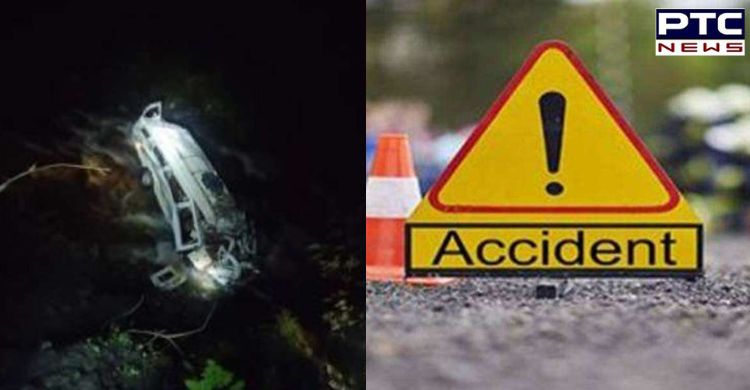 Kullu (Himachal Pradesh), September 26: As many as seven people were killed and 10 were injured after a tourist vehicle rolled down from a cliff in Himachal Pradesh's Kullu district, police informed on Monday.

The tragic accident took place on Sunday at around 8: 30 pm on NH305 in the Ghiyagi area of Banjar Valley of Kullu district.

According to Ashutosh Garg, Deputy Commissioner of Kullu District there were 17 people travelling in the vehicle including the driver. Police, home guards and local administration teams reached the spot after receiving the information about the accident.

All the injured have been shifted to the hospital. The priority is to save the lives and rescue the injured, said Deputy Commissioner Garg.

Five of the seven injured have been shifted to Zonal hospital at Kullu and the other five are under treatment at Banjar in a local hospital, informed Gurdev Singh, Superintendent of Police (SP), Kullu.

Meanwhile, Prime Minister Narendra Modi on Monday expressed his condolences to the families of those who lost their lives and also assured all possible help to the injured.

"The incident of a tourist vehicle falling into a ditch in Kullu, Himachal Pradesh is very sad. I express my deepest condolences to the families of those who have lost their loved ones in this accident. Along with this, all possible help is being provided to the injured. I wish them a speedy recovery," PM said on Twitter.