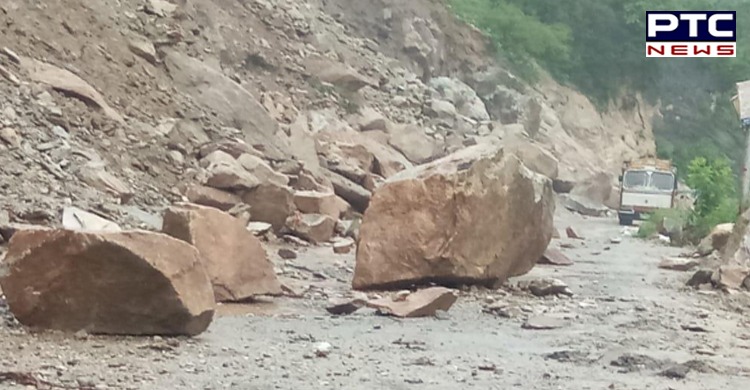 A massive landslide blocked the Chandigarh-Manali highway for vehicular movement near Pandoh in Mandi district on Wednesday. As per reports, a large number of people have been stranded in the area.

Sources said the Pandoh area was witnessing frequent landslides due to the ongoing construction work of the Kiratpur-Manali four-laning in the region. The National Highway Authority of India (NHAI) has pressed into service its workforce and machinery in the area to clear the highway.