Lausanne 2020: Winter youth Olympic Games get off to a colourful start 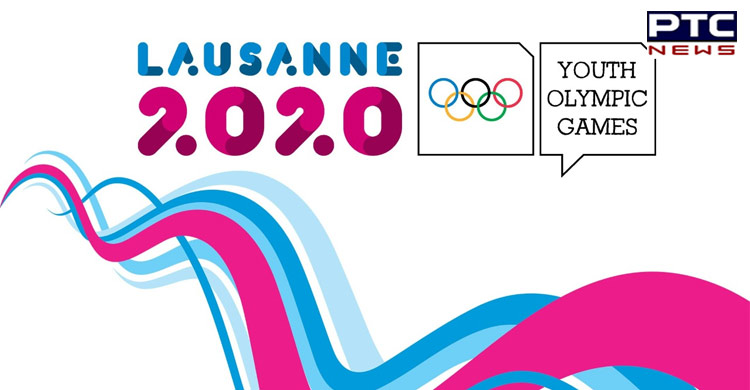 Let the Games and the celebrations begin!

Lausanne 2020: It turned out to be an evening to remember. Nearly 2000 youth from 90 nations gathered at the Vaudoise Aréna in Lausanne to showcase what the celebrations are like when the 3rd Winter Youth Olympic Games kick-off. It was to celebrate sport while showcasing the spirit, the history and the traditions of Switzerland in a show blending innovation and creativity indicating the Games have begun!

It has been one of the most anticipated events, one of the first moments of the Youth Olympic Games and the start of 14 emotion-packed days. Last evening, during the opening ceremony, the Olympic Flame completed its final stage of its 4-month journey throughout Switzerland's 26 cantons by lighting the Olympic cauldron, officially declaring the Games open.

Centred on the theme "Home", the opening ceremony of the Lausanne 2020 Youth Olympic Games moved around 7 artistic tableaux and symbolic elements of the Olympic Movement. The opening ceremony facilitated the audience to follow the Olympic spirit on a poetic and fantastic journey though the different phases of an athlete's growth, a journey which, by analogy, applies to youth in general.

A co-creation with local contributors

The ceremony had been produced in line with Lausanne 2020´s innovative vision and its aim to showcase the youth. After having developed a setting, a storyline, and a general composition, the creative team, managed by Simon Ackermann, Nadine Imboden and Oliver Höner, collaborated with volunteers and local professionals to create a dynamic, multidimensional and thrilling ceremony, which celebrated the Olympic spirit. Participants included the Ecole de Cirque de Lausanne, the Prix de Lausanne, the Association pour la formation de jeunes danseurs, and le Club des Patineurs de Lausanne et Malley, as well as schools in the region, such as the Haute Ecole de Musique de Lausanne (HEMU) and the Lausanne Ecole de Jazz et de Musique Actuelle (EJMA).

The ceremony provided an opportunity to officially welcome all of the countries taking part in Games during the traditional Parade of Nations. In fact, athletes competing at seven of the eight Lausanne 2020 competition venues gathered together in person, while those athletes whose competitions will take place in St. Moritz (bobsleigh, luge, skeleton and speed skating) were also involved thanks to a live broadcast.

Virginie Faivre, President of Lausanne 2020: "With the start of the Games, there is so much excitement in the air! We have been waiting for this moment for four years and today the moment has finally arrived, we have declared the 3rd Winter Youth Olympic Games open! We look forward to celebrating with the entire world and showcasing the brilliance of our youth. So, let's get the celebrations started! "

Ian Logan, CEO of Lausanne 2020: "After four years of hard work, it is a great pleasure to launch this project in front of a full stadium. Many thanks to all our teams and partners in Lausanne, in our host sites and at the En Jeux! festivals. Join us to celebrate the youth during the Games and celebrate the Olympic spirit!"