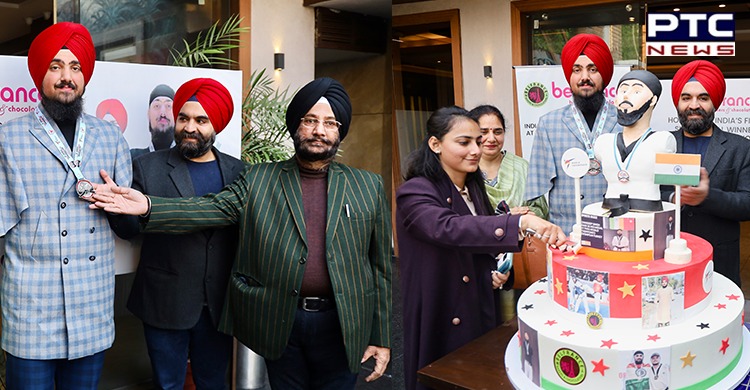 Ludhiana: Chandeep Singh has scripted history by winning a silver for India at the 9th World Para Taekwondo Championship-2021 held on December 12, 2021. He is the first Indian to win a medal for India in the World Taekwondo Championship. His achievement was honoured by Ludhiana-based bakers, Harjinder Singh Kukreja and Satinder Singh Kukreja MP with a beautiful cake.

“This is a proud moment because our Punjabi brother has become the first-ever medalist for India in the history of World Para Taekwondo Championship. This is why we have made a taekwondo-theme cake to salute his achievement”, says Harjinder Singh Kukreja who organised a felicitation ceremony for silver medalist Chandeep Singh.

Chandeep was very elated to have been honoured with a massive cake in his honour. He said, “It’s a proud moment not just for me and my family, but also for Punjab and India. What is heartening is all love and respect my sport taekwondo has been accorded because of my medal at the World Para Taekwondo Championship”. 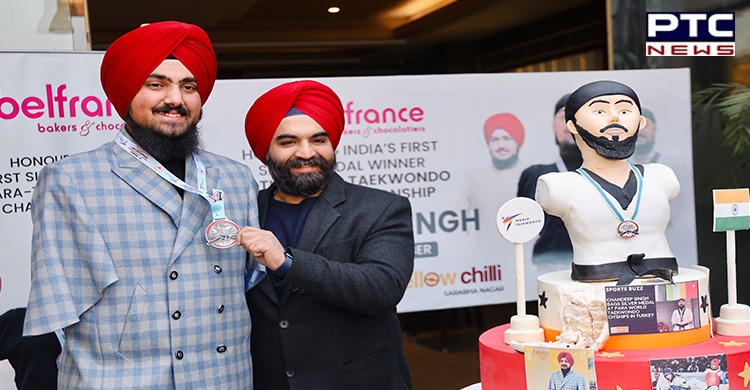 “I wish to participate and bring more medals for India in the paralympics in 2022 and am rigorously preparing for that. I appeal to Punjab CM Charanjit Singh Channi to support my preparations by financially sponsoring my training and preparation”, added Chandeep Singh.

The beautiful three-tier Cake was crafted with logos of World Taekwondo Championship, edible photos of him and large a fondant figurine of Chandeep Singh in his taekwondo uniform and silver medal. “Cakes are what we excel in and this is the best tribute we could’ve given this son of Punjab who has made us so proud on international stage”, says Satinder Singh Kukreja. 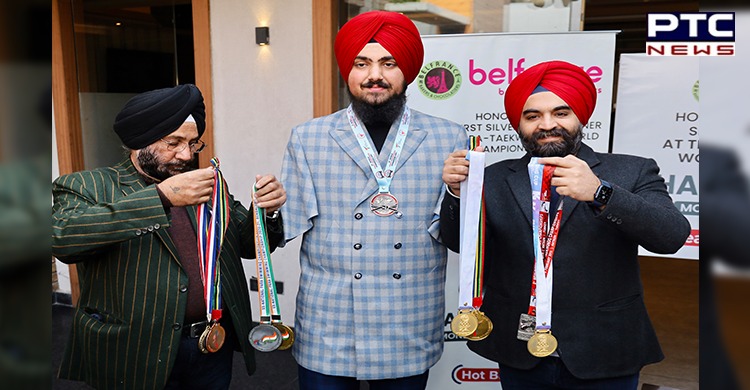