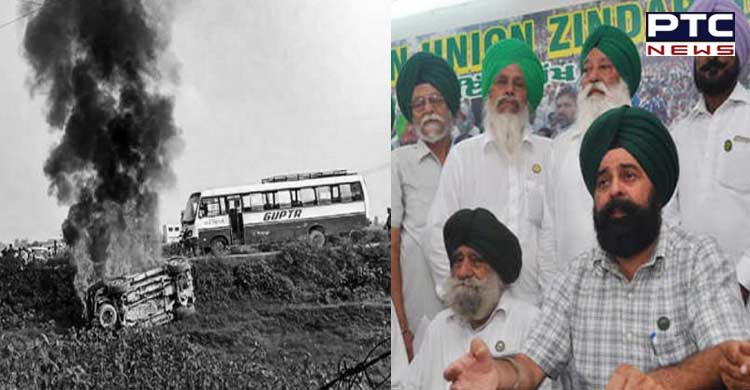 Ludhiana, August 3: Farmers' organisations on Wednesday held a crucial meeting at the office of Bharti Kisan Union Lakhowal in Ludhiana.

Meanwhile, farmers' leaders have said that they will hold dharnas on August 18, 19, and 20 to demand that the accused in the Lakhimpur Kheri incident be punished and that the cases against the farmers be dropped.

Furthermore, prominent farmers' leaders have stated that members of the Samyukt Kisan Morcha should be included in any MSP committee constituted by the government.

The newly launched Agnipath scheme of the Centre was also discussed at the meeting, following which farm' organisations objected to the new recruitment plan.

SKM members also stated that polluted water from Ludhiana's old canal has continuously been flowing into the Sutlej river. The SKM will stage a protest on the banks of the Sutlej river in Ludhiana's Balipur village on August 14 in this regard.