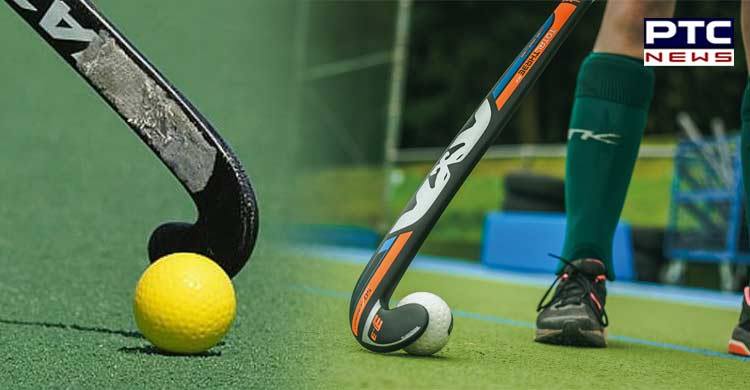 The annual Congress of the Asian Hockey Federation in Gifu in Japan may have given the Hockey India President and Hockey India Vice-President (Women) representation on its Executive Board, equally important were the honours conferred upon two Indian players in recognition of their exploits on play field.

In the year 2017, SV Sunil had won the Player Of The Year award by the Asian Hockey Federation for his performance in 2016.

Manpreet Singh in 2018 led the Indian team to an unbeaten streak at the Hero Asian Champions Trophy in Muscat, Oman where the team was declared join winners with Pakistan. He also contributed to the team's Silver medal win at the FIH Champions Trophy in Breda and he continues to remain instrumental in the Indian midfield.

The 18-year-old Lalremsiami, on the other hand, has shown remarkable progress in the senior women's team with her impressive performance as a striker at the 2018 Women's World Cup, the 18th Asian Games in Jakarta-Palembang where the team won a historic silver medal. She was also part of the Youth Olympic Games in Buenos Aires where the U-18 Indian team won a silver medal.

The Indian Men's Hockey Team was awarded the Best Performance of The Year 2018 for being the only Asian Team to have reached the top eight at the Odisha Hockey Men's World Cup Bhubaneswar 2018. The team also came up with a historic silver medal feat at the FIH Champions Trophy in Breda, repeating its success from 2016 edition held in London.

Congratulating the duo and the Indian men's hockey team, Rajinder Singh, Secretary General of Hockey India said, "I congratulate Manpreet Singh and Lalremsiami for being awarded with the Player of the Year 2018 (Male) and Rising Player of The Year 2018 (Female) by the Asian Hockey Federation. I also congratulate the Indian Men's Hockey Team for winning The Best Performance of the Year 2018 award. I wish these prestigious awards recognizing their efforts paves way for more such inspiring performances by Indian players and lifts the profile of the game not only in Asia but also in World Hockey."