Captain Sandhu assures protesting teachers of taking up issue at the Cabinet meeting. 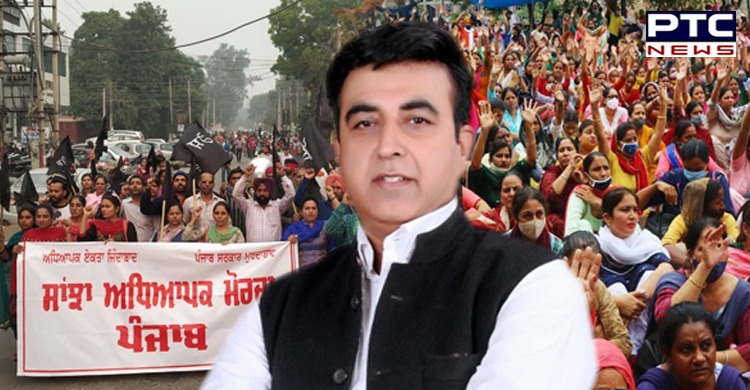 Mohali: Amid the ongoing agitation by contractual teachers against the Punjab Government, a meeting between the protesters and Officer on Special Duty (OSD) Captain Sandeep Sandhu remained inconclusive on Saturday.

The contractual teachers have been demanding the regularisation of their services. Captain Sandeep Sandhu, however, gave an assurance to the protesting teachers that their issues would be taken up at the ensuing Cabinet meeting.

In the wake of the protesting teachers' detention by the police on Friday, wherein they had climbed atop the Punjab Congress Bhawan during the installation ceremony of PPCC chief Navjot Singh Sidhu, the agitators on Saturday announced not to hold any unplanned protest in the future. 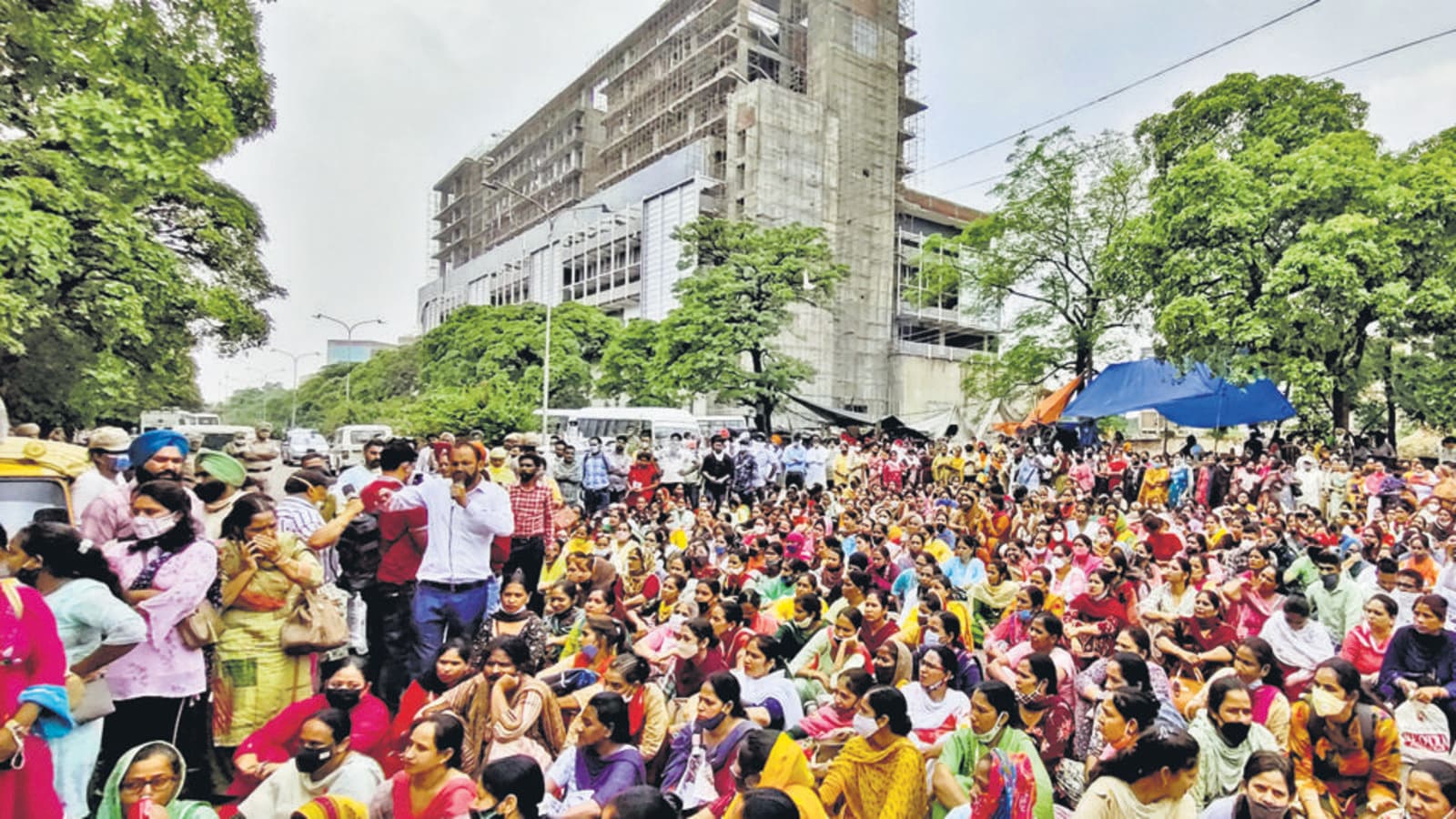 The protesters had also planned the gherao of VIPs from Delhi near the Mohali airport on Friday, but their attempt was thwarted by the police and they were detained.