Liquor tycoon Vijay Mallya dropped a bomb and said he met the Finance Minster before he left India.

The 62-year-old arrived to appear before the Westminster Magistrates’ Court in London here on Wednesday. He told reporters that he had met the minister and offered to settle the issue with the banks

“I left India because I had a scheduled meeting in Geneva. Before leaving I met the finance minister and offered to settle (the issue with the banks), Mallya said, without naming the minister.

The remarks by Mallya came as he arrived at the Westminster Magistrates’ Court for a hearing in his extradition case, during which the judge is expected to review a video of the Mumbai jail cell prepared by the Indian authorities for the embattled liquor tycoon.

The 62-year-old former Kingfisher Airline boss, who has been on bail on an extradition warrant since his arrest in April last year, responded to the swarm of reporters gathered outside the court in his characteristic manner, saying the “courts will decide”. 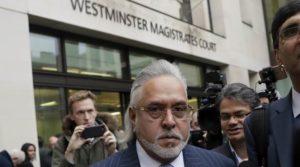 “As far as I am concerned, I have. I hope the honourable judges will consider it favourably; everybody gets paid off and I guess that’s the primary objective,” said Mallya, who is fighting extradition to India on charges of fraud and money laundering amounting to around Rs 9,000 crore.

He and the United Breweries Group (UBHL) have filed an application in the Karnataka High Court on June 22, 2018, setting out available assets of approximately Rs 13,900 crore.  They have asked the court for permission to allow the sale of assets under judicial supervision and repay creditors.