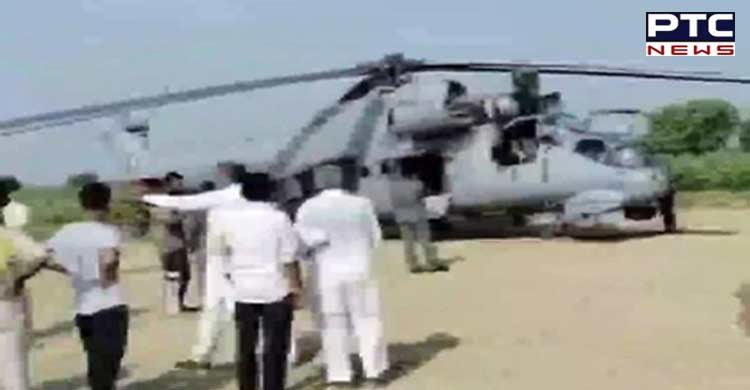 Jaipur, August 23: A Mi-35 attack helicopter of the Indian Air Force (IAF) on Tuesday made an emergency landing in a village near Hanumangarh district in Rajasthan following a technical snag.

As per reports, the crew members are safe. Station House Officer of Sangaria police station Hanumanaram Vishnoi was reported as saying," "It was a helicopter (Mi-35) of the Indian Air Force that made emergency landing in the farm on Tuesday morning."